A total of 9,11,403 babies aged between 9 months and 15 years will be administered Measles and Rubella (MR) vaccines in seven upazilas of the district from January 25 to February 13.
The MR vaccines will be pushed through one-time syringe into the body of 5,71,262 babies in the institutions and 3,40,141 in community level of the district during the period.
This was disclosed at a press conference organized by health department at the conference room of civil surgeon (CS) office on Tuesday through multi media projector by district maternal, child and immunization officer Dr M Lutfar Rahman. The power point presentation also disclosed that as many as 787 health and family planning personnel and 9903 volunteers will be engaged in 2138 centers throughout the division to make the MR campaign a success.
With CS Dr Ahad Ali in the chair, the press conference was also addressed, among others, by district EPI superintendent M Shajahan Ali, health education officer Abdul Hannan and journalist Sarker M Shahiduzzaman.
Dr Ahad said special initiatives have been taken to bring all the children of char and remote areas of the upazila under this programme in cooperation with some NGOs. He also urged journalists to raise mass awareness among the people about the MR campaign through their respective media to attain the goal.
BSS from Faridpur adds: Three week long Measles – Rubella vaccination campaign , as part of the countrywide programme will begin in the district from January 25 with the target of vaccinating 95 percent children aged 9 months to 15 years.
In a press briefing along with power point presentation held this morning at the office of the Civil Surgeon (CS), WHO representative Dr Nasir Ahmed Khan disclosed that there are 7,28,838 targeted children in the nine upazillas and four pourashavas of this district who will be reached during campaign period from January 25 to February 13.
Describing Rubella as a serious disease the WHO representative said that though apparently measles and rubella are alike in many aspects still rubella has congenital malformatic impact particularly for female children. If any unguarded female child is attacked with rubella and not given any proper treatment then that female child carrying rubella syndrome might give birth to deformed or disable children.
The WHO representative said that on the inaugural day the campaign would be carried on at all the schools and other institutions numbering about 2,332 where around 4,71,787 students of the target age children are reading. The campaign will continue at 11 permanent centres , 1,837 education centres and 2001 outreach centres.
Deputy Civil Surgeon (DCS) Dr ASM Faruk Ahmed said that 450 vaccination teams will work in the district during the three week campaign where 6,660 personnel of health and family planning department including 5,526 volunteers will work.
The DCS also said that the success rate of preventive care for child diseases in our country is best among the South-Asian nations and our present campaign is to eliminate measles -rubella from this country by 2016.
Child specialist of Faridpur General Hospital Dr. AFM Sayad was also present in the briefing. 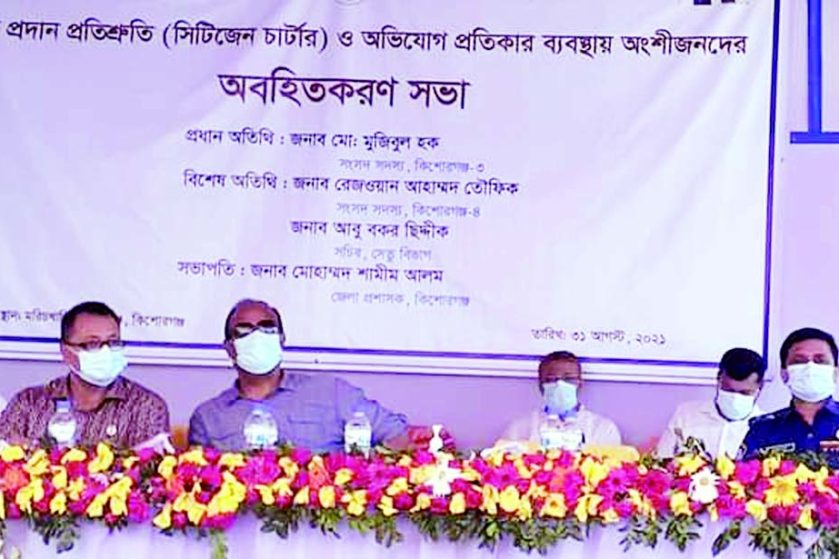