Political disruption has taken a huge toll on the country’s economy over the last few months with enormous financial losses to various productive and service sectors having the stiff decelerating impacts on growth, said Centre for Policy Dialogue (CPD), a civil society think-tank, on Saturday.
The GDP growth will stay below 6 per cent in fiscal 2013-14 as the overall economy
was severely hit by 55 days hartal and blockades form July’ 12 to january’14. CPD said political consensus is a must to end the political crisis and lure local and foreign investment to boost production and employment. It made the suggestions while releasing the findings of a short-term study on the impacts of shutdowns on the economy.
It said land transport (rail and road) incurred the highest loss of Tk16, 688.65 crore during the prolonged shutdowns, followed by the agriculture and agro-based industries which lost Tk 15,829 crore. Export oriented apparel and textiles lost Tk 13,750 crore, and tourism sector suffered the loss of Tk2, 750 crore.
National Board of Revenue (NBR) has achieved only 14.4 per cent collection targe against the target of 25.3 per cent.
Following the target shortfall in different sectors, CPD forecast said the economic
growth will be between 5.6 percent and 5.8 percent in 2013-14 if there is no more major supply disruption from political programmes in the next half of the current fiscal year, CPD study said.
“Bangladesh has lost its momentum to move to higher growth trajectory following a record 6.7 percent GDP growth in 2010-11. So, it will be a major challenge for the government to return to such higher growth rate,” said Prof Mustafizur Rahman, Executive Director of the local research think tank.
His comments came as the CPD unveiled its “Analytical Review on Bangladesh’s Macro-economic Performance in FY2013-14” as part of its Independent Review of Bangladesh’s Development (IRBD) programme at its office in the city.
The government would have to restructure the fiscal framework, extend support to boro harvest and rural economy, provide compensation to the affected sectors and ensure policy predictability, Rahman said. He said, by the middle of the current fiscal year, it has become obvious that the fiscal goalposts need substantial readjustment.
“The Annual Development Programme (ADP) size has to be reduced. The issue of ensuring quality of public investment will remain paramount,” he added.
He said, the government borrowing from the non-bank sources has already increased. “It will be important to keep bank borrowing within budgetary target.”
Rahman appreciated the government’s emphasis on large infrastructure projects, but cautioned that they might not yield immediate growth impulse.
He said the government has already declared a number of supportive policy measures for private sector in view of its losses due to recent political violence.
But these measures in terms of banking and taxation are skewed toward the garment sector although agro-based industries, transport, small entrepreneurs and businesses were equally affected, he said, calling for assistance for all affected sectors.
CPD’s distinguished fellow Debapriya Bhattacharya said that the government would have to take steps and projects on priority basis so the decreasing investment stages a comback.
” The uncertainty over political arena might not vanish completely until an all-inclusive, fair and transparent election is held,” he said.
“If the political uncertainty lingers then there will be uncertainty over long-term investment,” he said.
Bhattacharya said the current government and its policy-makers have the leeway to keep the economy on the right track.
“The macro-economy is enjoying stability, as there are no major ups and downs in the economy. The budget deficit is acceptable and within the control, which will give the opportunity to increase expenditure. But we will have to ensure good expenditure.”
“The excess of $2 billion in the balance of payment will give the opportunity to the government to raise imports. The exchange rate is stable and the prices of food, fertiliser and fuel are stable or on the declining trend in the global market.”
“So, it will not be impossible for the government to utilise the opportunity and take the country forward until the next budget,” Bhattacharya said.
The economist called for reconsideration in subsidy spending so that the expenditure remains within control.
Bhattacharya said it is important to expand the network of the social safety net programmes. “But we have to ensure efficient uses of resources and check leakage.” 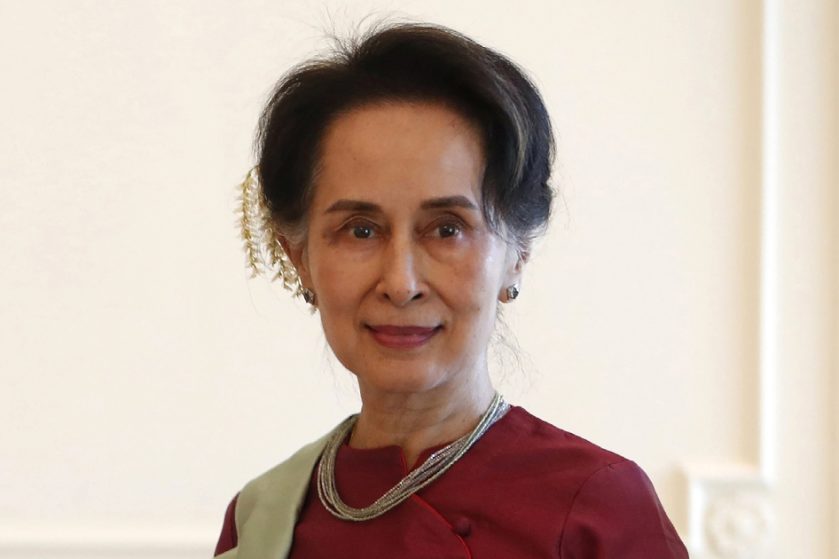 How Trump visit could leverage CAA and Kashmir against PM Modi