Reuters, Bangkok :
Anti-government protesters marched defiantly through Thailand’s capital on Saturday, with one group entering a police compound, undeterred by a grenade explosion the day before that wounded 35 demonstrators and killed one.
Friday’s blast sent tension rippling through Bangkok after several days of relative calm that had suggested the movement to close down the government and force the resignation of Prime Minister Yingluck Shinawatra was running out of steam.
It was not clear who was behind the attack on the protesters. Their firebrand leader, Suthep Thaugsuban, blamed the government and said the incident would not dent the morale of thousands who this week stepped up a two-month agitation, blockading key arteries of the city and occupying ministries.
The incident, which comes just two weeks before a general election, heightens the risk of a move by the country’s army to end an impasse that is starting to damage the economy.
Boonyakiat Karavekphan, a political scientist at Ramkamhaeng University in Bangkok, said the attack had raised the chances of “a significant clash between the protesters and groups
they perceive to be their enemies, the police or forces loyal to the government, in order to provoke some sort of military reaction and speed up chances of a military intervention”.
The army has staged or attempted 18 coups in 81 years of on-off democracy, but it has tried to remain neutral this time, and many believe it will stay in its barracks.
“Isolated incidents of violence could provoke retaliatory actions over the weekend, but these are less likely to prompt military intervention than street clashes that lead to a large number of fatalities,” the Eurasia political risk group said.
Military chief Prayuth Chan-ocha was expected to make a speech later on Saturday to mark Army Day.
The turmoil is the latest episode in an eight-year conflict pitting Bangkok’s middle class and royalist establishment against poorer, mainly rural supporters of Yingluck and her brother, the self-exiled former premier Thaksin Shinawatra.
The protesters accuse the pair of corruption, and want Yingluck to step down to make way for an unelected “people’s council” to push through broad political reforms.
Strong support from rural voters has enabled Thaksin or his allies to win every election since 2001 and Yingluck’s Puea Thai Party seems certain to win the vote set for February 2. But the protesters and opposition parties are boycotting the poll and want the prime minister to step down immediately.
The grenade hurled at demonstrators marching in the city centre on Friday injured 36. The Erawan Medical Center, which monitors Bangkok hospitals, said one of the injured, a 46-year-old man, died of bleeding during the night.
Suthep told protesters he planned to lead a march through the same area in remembrance of the man who died. Another group of protesters entered a police compound in the city on Saturday but met no resistance, Reuters reporters said.
The government rejected Suthep’s charge that it was responsible for the attack on the protesters.
“The movement is desperate,” Anusorn Iamsa-ard, deputy spokesman for Yingluck’s Puea Thai Party, said on Friday.
“Its attempt to shut down this city has not been successful so it is trying different tactics, including staging attacks and blaming them on the government.”
The agitation that began in November has been relatively peaceful until now, though sporadic flare-ups between protesters, police and government supporters have left eight people dead and scores injured.
The demonstrations are the biggest since pro-Thaksin protesters paralysed Bangkok in April and May 2010. That movement ended with a military crackdown and more than 90 people, mostly protesters, were killed during the events.
Pro-government “red shirt” protesters have stayed outside Bangkok this time, limiting the risk of factional clashes.
In northern and north-eastern cities – usually bastions of support for Thaksin – hundreds of farmers have staged protests and blocked roads to demand payment for rice sold to the government under a controversial subsidy scheme.
“We will march to join the major protest in Bangkok if we don’t get our money. We will fight to the death,” said one farmer who joined a protest in Phicit province on Saturday.
An anti-corruption agency said this week it would investigate the money-guzzling subsidy program introduced by Yingluck’s party, which promised poor farmers they would be able to sell their rice at above-market prices.
Critics say the scheme is riddled with corruption and – a particular gripe of the more well-heeled protesters – that it has cost taxpayers as much as 425 billion baht ($12.9 billion), although that figure would drop if the government managed to find buyers for the rice in state stockpiles.
Yingluck is nominally head of the National Rice Committee and could therefore eventually face charges.
“The greater risk to Yingluck’s government remains judiciary intervention,” Eurasia Group said, adding that the inquiry into the rice purchasing scheme had created a “pathway through which the courts could take action to remove her administration”. 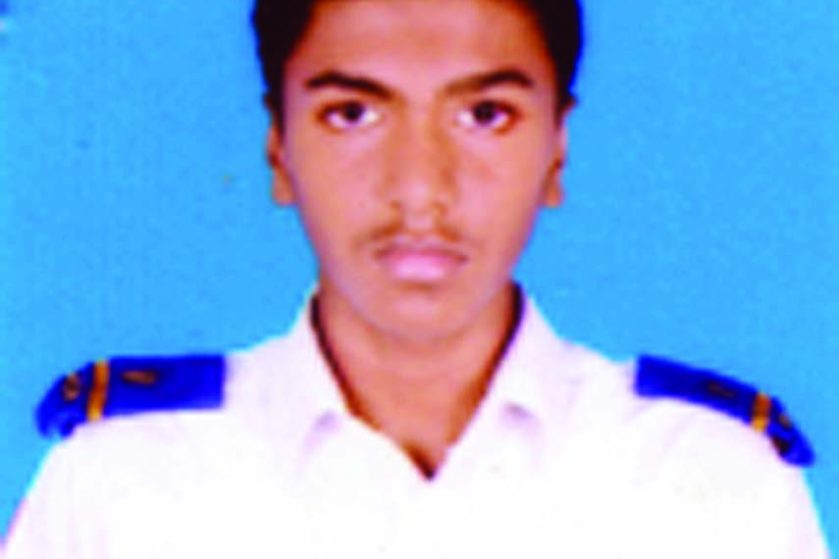 Abdullah gets GPA-5 in JSC exam

Potholes and cracks being developed at a busy road in city’s Agargaon area with waterlogging despite frequent repairs causing sufferings to commuters and movement of vehicles. This photo was taken on Wednesday.

Man’s body found in B Baria