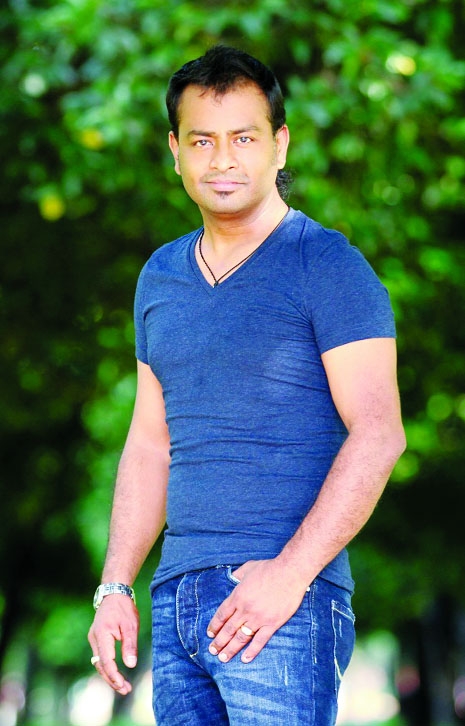 Entertainment Report :
Few months ago US expatriate Bangladeshi singer Tanvir Shahin came to Bangladesh to start to work for his second solo album. During that time he returned to his working place USA after preparing the works of the album.
This time he has returned to Bangladesh to release his second solo album titled Moner Ghor, which is scheduled to release on upcoming Valentine’s Day. Later he will again go to USA.
He came to Dhaka on Saturday morning. In 2012, Tanvir Shahin’s debut solo album titled Moner Bondor was released under the banner of Laser Vision. His second album is set to be released under the banner of same production house.
A song titled Sokhire sokhire jaiyona durere of Tanvir Shahin’s debut album became popular among the music listeners.
Kabir Bakul, Mahmud Jewel, Pankaj, Shimanto Prodhan, Rabiul Islam Jibon, Sudip Kumar Dip, among others, have written lyrics of the songs of his second album. A total of 14 songs will take place in the album.
Manam Ahmed, Sunil Jha of Mumbai, Kazi Shuvo, Navid of New York, Belal Khan, Pankaj, Ahmed Humayun, JK, Kishore and Mahmud Jewel have composed tunes and music of the album.
While talking about his second solo album Tanvir Shahin told this correspondent, “I have tried my level best to give some melodious tracks in my second album for the listeners. I believe everybody will like songs of the album.”
It may be mentioned that to make his second album wife of Tanvir Shahin gave most inspiration to him, he said.

UNB, Natore :Islamic Liberation Front (ILF), a militant outfit, has sent a hit list of 10 people, including Rajshahi University Vice Cchancellor Prof M Mizanuddin and former RCC mayor AHM Khairuzzaman Liton, to the Natore Press Club.Natore Press Club president Rezaul Karim Reza said an envelop containing a computer-composed letter on an ILF pad reached the press club by post on Monday noon. In the letter, the outfit provided names of 10 people who are on their hit list in...
May 3, 2016