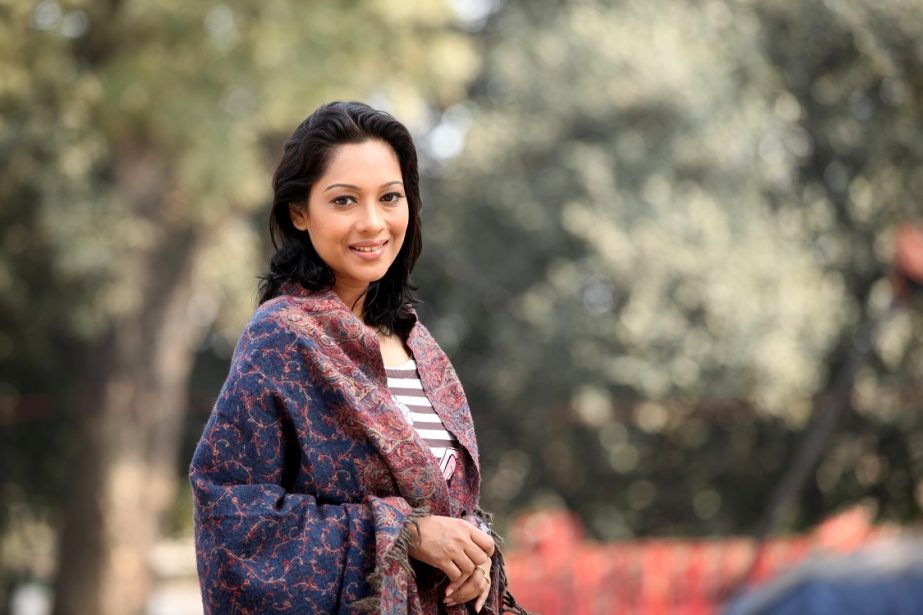 admin
Entertainment Report :
Popular TV actress and model Moutushi Biswas has performed in a new television commercial (TVC) under the direction of promising director Ashfaq Bipul recently.
Moutushi became model of a TVC of a washing powder of a multinational company.
Shooting of this TVC, made under the banner of ‘Half Stop Down,’ was taken place at Coke Factory in the city’s Tejgaon area yesterday.
Moutushi has performed in a new TVC after a break of few months. While talking in this regard Moutushi told this correspondent, “Under the direction of Ashfaq Bipul I had performed in a TVC for first time. He is very amicable and talented ad-maker. He is very professional to his work. I think ad-maker should be this type as like Ashfaq Bipul. I believe that Bipul will step forward in the long run by his works.”
Ashfaq Bipul shared his feelings by this way, “Moutushi apu is a senior actress. I couldn’t believe that she cooperated me well while making this TVC. I am very choosy about work. To realise this thing, Moutushi apu had cooperated me so nicely that I could successfully made the TVC.”
This new TVC will go on air in different satellite channels from second week of February, said its director Ashfaq Bipul.
On the other hand, Moutushi Biswas has already started to work in Afsana Mimi directed new drama serial titled Satti Tarar Timir. She is acting in role of Shagufta D’Costa in the serial.
Therefore, Moutushi acted drama serial Bhalobashar Chotushkone, directed by Shihab Shahin, is being aired on NTV now.
However, as an ad-maker, Ashfaq Bipul has become popular to make TVCs of Choco Choco, Frootika, Airtel, GrameenPhone, Mojo, among others.

Bolamari Correspondent :The officer-in-charge of Boalmari Police Station was closed on Friday night following Friday’s clash between two groups that left a young man dead.The district’s additional superintendent of police Mohammad Kamruzzaman said the action was taken against OC AKM Aminul Islam for his negligence of duty during the clash.Earlier on Friday morning, Ahadul Islam Ahad,30, a resident of Sibanandopur village was killed and six people were injured in the clash over catching fish at Foliya Beel (Water Body) in...
November 1, 2015