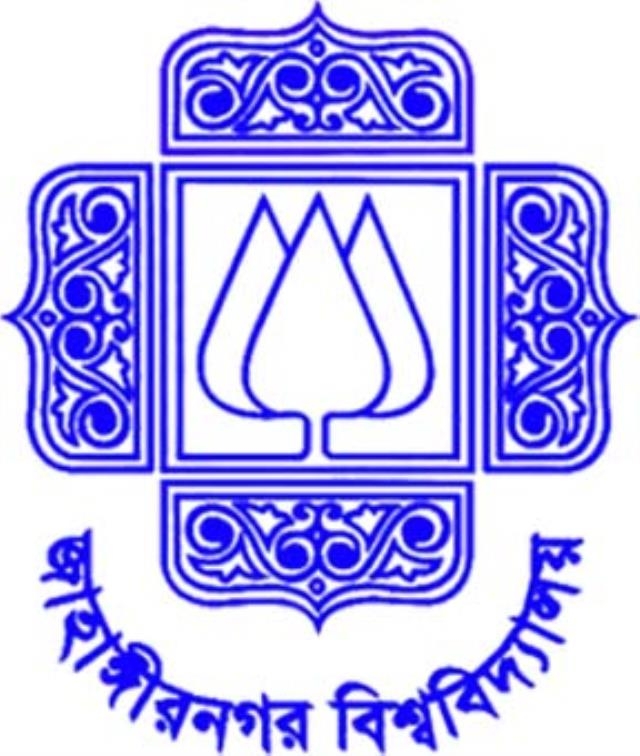 JU Correspondent :
Centering a writ filed by a teacher against taking examination, the masters’ examination of Geography and Environment Department of Jahangirnagar University (JU) has been clogged for two years causing frustration to the students.
Students in a press conference alleged that, the concerned authorities are showing reluctance over the matter but we are frustrated about our academic progress badly.
Departmental sources said, Prof Manjurul Hasan was on duty in masters exam scheduled on October 01, 2012.
But due to his negligence, the responsibility of taking examination was later on transferred to another teacher while Prof Manjurul Hasan reported that his responsibility was altered without his concern.
Then the deadline of exams was fixed by the fresh exam controlling committee.
Hearing this, Prof Manjurul Hasan filed a writ to High Court on December 10 desiring to postpone the exam.
Following the writ petition the fresh scheduled exam was postponed. Students demanded the withdrawn of the filed writ and seek cooperation to concerned authorities to end their exam.
On contacted, Prof Majurul Hasan said, the writ was not filed to stop examination actually.
I was sacked from the exam committee allegedly and the writ was filed against them (teachers), he added.
One the other hand, the one year post-graduates examination of Urban and Regional Planning (URP) department of Jahangirnagar University (JU) yet to be finished even after passing around two years.
Earlier, irregularities have been apparent over taking the masters examination of URP Dept while the head of examination control, assistant Prof Golam Mohiuddin, resigned from his post on September 23, 2013, as he could not patronize the irregularities.
Sources said, the scheduled masters’ second semester examination of JU URP department was not held as two students also Bangladesh Chattra League (BCL) activists kept the exam hall room under lock and keys who were not eligible to attend in exam.
The two students are identified as Mamun Khan and Mahmud Al Jaman Papon. Both of them could not obtain the minimum GPA in first semester, which is 2.50.
Before examination, they applied to the head of examination control committee to take their exams in special consideration while Assistant Prof Mohiuddin refused the application saying it’s totally out of ordinance and only academic council can approve them.
Failing to attend in examination the accused two BCL activists along with their fellows of another department created anarchy in front of gallery of social science faculty. However, due to uncontrolled situation, the chairman of exam control postponed the examination and finally resigned.
The postponed exams yet to be started causing the uncertainty to the students’ academic future.

40th span of Padma Bridge to be installed today

BSS, Dhaka :The 40th span out of the total 41 spans of the Padma Bridge is likely to be installed today if the weather remains favourable and no technical problems occur.“With installation of the 40th span a total of 6-km (6,000 meters) of the dream Padma Bridge will become visible,” Padma Bridge’s executive engineer (Main Bridge) Dewan Md Abdul Kader told BSS here yesterday.He said the span (2-E) will be installed on pillars 11 and 12 at the Mawa-end in...
December 4, 2020

Director General of Bangladesh Coastguard Rear Admiral M Ashraful Haq hands over a model of Patrol Boat to Director General of National Museum of Science and Technology Munir Chowdhury for exhibition at the museum at a ceremony held on Monday at the Headquarters of Coastguard in the city.