BBC Online :
Iran has begun curbing uranium enrichment under a deal which will also see international sanctions eased, the UN nuclear watchdog (IAEA) says.
Earlier, centrifuges used for enrichment were disconnected at the Natanz plant, Iranian TV reported.
The move is part of a nuclear deal reached with the US, Russia, China and
European powers last November. By the end of the day, Iran should be able to resume petrochemical and other exports, worth billions to its economy.
After 11 years of talking, both sides are taking action and this makes people very optimistic.
Iranians are waiting to see what will happen after their government receives $4.2bn – out of $100bn – in the next six months. Economically it means nothing, but psychologically it calms the atmosphere, making people more certain about their future.
At the long queue of a bakery in northern Tehran, people watched the most popular morning news bulletin on state TV – Sobh ba Khabar. Iran’s head of Atomic Energy Agency Ali Akbar Salehi described how sanctions were going to be halted – even as Iran continued to enrich uranium of up to 5%.
Interestingly enough, people are not bothered by Salehi’s technical language. The price of bread is still the same.
“The IAEA inspectors in the Natanz plant are disconnecting cascades,” the head of Iran’s Atomic Energy Organisation, Ali Akbar Salehi, said. “The sanctions iceberg against Iran is melting.”
The IAEA confirmed that, as of Monday, Iran had ceased enriching uranium above 5% purity at the Nantaz and Fordo facilities, according to a confidential report by its inspectors obtained by the BBC.
Iran has also begun diluting its stockpile of uranium enriched to 20%, and agreed the details of how UN inspectors will have increased access to Natanz and Fordo, the report adds.
The nuclear deal is designed to prevent Iran developing atomic weapons. Tehran denies trying to do so, saying its nuclear programme is solely for peaceful purposes.
Once happy that Iran is halting uranium enrichment, European Union foreign ministers in Brussels are likely to vote in favour of the partial lifting of the sanctions by the end of Monday. The sanctions have been in place against Iran since 2006.
“This is an important day in our pursuit of ensuring that Iran has an exclusively peaceful nuclear programme,” EU foreign policy chief Catherine Ashton told reporters outside the meeting venue.
Estimates suggest the sanctions relief could be worth some $7bn (£4bn) to the Iranian economy.
The terms of November’s deal were hammered out between Iran and the five permanent members of the UN Security Council – the US, Russia, China, Britain and France – plus Germany, in Geneva.
The agreement followed months of secret talks between Iranian and US officials.
In return for Iran’s actions to restrict uranium enrichment, US President Barack Obama has said the US and the other five powers over the next six months will begin to implement “modest relief” so long as Iran fulfils its obligations. 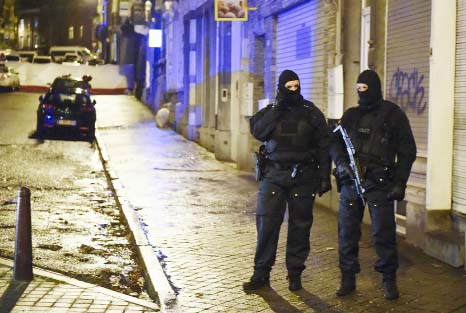 BGMEA asks for 3 yrs from SC to shuft office

Gonoforum President Dr Kamal Hossain speaking at a discussion on `Corruption is the Main Obstacle to Development` organised by Jatiya Oikya Prokriya at the Jatiya Press Club on Monday.