Interpretation of our sacred Constitution

A. Mannan
The road map of our democracy, must encompass our demography be interwoven with its characteristics and diversities and enshrined with the spirit of our Constitution, any other inferences and references shall be a futile exercise. Due to constitutional impasse, by now everybody has turned out to be a free styled constitutional expert, emanated from tea shops to workshops, of different transport modes to dialogue held in political abodes, of civil society dialogue to leaflets and catalogues. I as a layman obviously fit in the position of a lamb, –
“Where elephants and horses go down in the water,
Outplay little lambs, ‘oh! no problem’, ba ba they utter.”
Alternatively, I tend to utter, – ‘Fools trade-in, where angels have feared?’.
Our sacred Constitution over the years has undergone through amendments, judiciously, prudently or otherwise, at times, unscrupulously.
It has, thus become a common phenomenon to be susceptible to incur multidimensional interpretations.
We may now turn to the page of Article 123(3)(b):-
On it a Pandora’s Box has now opened up. The Article in question refers to dissolution of Parliament before expiration of five years tenure. In such a case election is to be held within 90 days following the date of dissolution, bearing in mind that the orbit of 90 days must foreclose at least one day before the orbit of 90 days under Article 123 (3)(a) comes to its end. In simple term the orbit of 90 days under Article 123(3)(b) must end at least the day before the last day of the orbit under Art 123(3)(a).
I have been writing on such kind of interpretation of Article (3)(b) since early Sept 2013, published in many dailies. Only the other day I heard in a channel TV network where Barrister Tanjeeb Ul Alam tried to explain in the same wave length but due to time constraint he could not complete his opinion.
Our Constitution needs to be summed up in its spirit and meaningful implementation vis – a- vis Articles 72 (3), 123(3) (a and b) and 148 (2a) and inclusive of all other relevant areas with their total implications.
In simple analysis, 9th Parliament should have been auto-dissolved after 24/01/14, necessitating election for the 10th Parliament to be held latest by 24/01/14.
Contrarily, election under Article 123 (3) (b) for the 10th Parliament could have been held latest by 23/01/14 after the 9th Parliament having been dissolved, latest before 26/10/13.
Issue of oath taking on 09/01/14:- Oath taking on 09/01/14 for the 10th Parliament before the 9th Parliament closes its chapter under Article 123 (3) (a) on 24/10/14, seems to put the cart before the horse, a scenario where the horse can by moving backward, pull the cart backward, as if the whole nation will now move backward in the reverse gear. We shall have two sets of Hon’ble MP’s of the 9th Parliament and that of 10th Parliament, when we may call the earlier ones as real and the latter ones as notional.
Here, the role of Election Commission (EC) needs to be explained. I would attribute the wrongdoings in apportionment share out more to EC due to the following:
(a) EC has no embargo as time limit to publish election results gazette.
(b) Once gazette is published, oath taking ceremony has to be completed within 3 days after such publication. Needless to mention that gazette was published on 08/01/14 hurriedly and unnecessarily.
(c) As per Article 148 (2A) and third schedule MP’s take oath quoting that he is ‘about to enter’. Once oath has been taken, though there is no specific time limit after “about to enter” but the time is limited for propitious, prudent and meaningful implementation and to avoid ‘one role, double MP’s’, such tolerance of limit has to be fairly narrowed down.
The EC has already been given a coinage of name as a ‘paper tiger’, and now it seems people will have to look for a new coinage as ‘complete boneless tiger’, for the EC within its power and authority could have delayed the publication of the gazette and thus deferred the oath taking ceremony further around 24/01/14 which in turn could have avoided all these conflicting scenarios as well as done away with the ‘one role, double MP’s’.
Instead, the EC has made itself and the Govt. to opt for Constitutional violations i.e. ultra vires the Constitution to hit a logger-head. Obviously, such situation will, no doubt, invite a legal action for repealing the results of the 10th Parliament to execute a fair election afresh, reportedly so opined by many experts.
We also know,- Justice hurried, justice buried. Why was it so imperative to publish the gazette on 08/01/14 in order to organise the oath ceremony by 09/01/14 ? It is a 64 million dollars question !
Let us not suffer from myopic vision, rather keep it open-ended at 360 degree angle of vision in order to keep alive our prospective and perspective vision.
(Abdul Mannan is a former State Minister. E-mail : [email protected]) 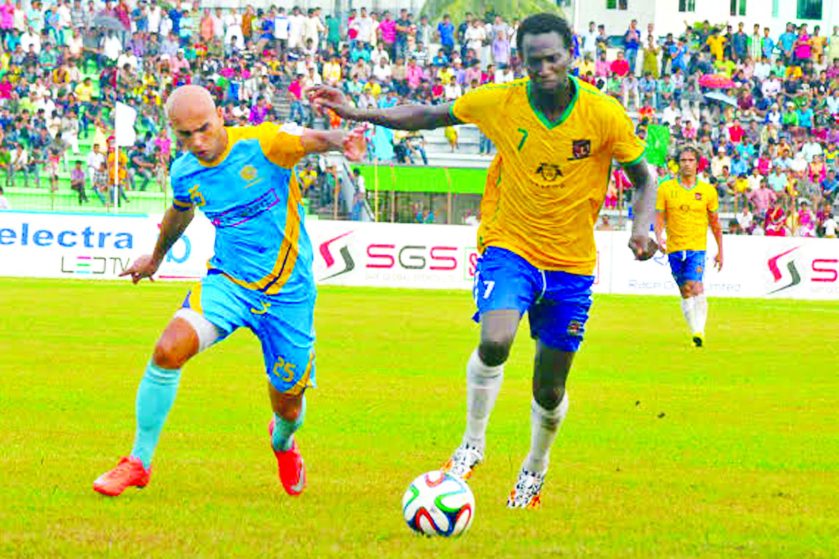 Eminent jurist Dr Kamal Hossain along with other distinguished persons at a discussion organized on the occasion of 14th death anniversary of Sabequn Nahar Sony, a student of BUET by Sony Memorial Foundation in Dhaka Reporters Unity on Saturday.