Tens of thousands of Muslims on Tuesday celebrated the holy Eid-e-Miladinnabi joining colourful street marches amid festivity and sought eternal blessings for peace and prosperity in the country in special prayers coinciding with the birth anniversary of Prophet Muhammad (PBUH).
Anjuman-e-Rahmania Moinia Maizbhandaria staged one of the biggest rallies in the city after thousands of devotees marched through the thoroughfares of the capital chanting hymns for the advent of the prophet as blessings for the universal mankind.
The incumbent spiritual leader of Maizbhandari Darbar Syed Saifuddin
Ahmed Maizbhandari led the rally and carried replicas of the national flags and festoons inscribed with Islamic messages as they paraded the streets ahead of a grand rally at Suhrawardy Udyan.
“Stay away from militants and religion traders, remain stick to the path of Allah following the examples of the holy prophet,” Information Minister Hassanul Haq Inu told the rally as he joined the function along with several other politicians, professional leaders and religious scholars.
He called the prophet as the “best human being” even in ordinary eyes, referring to his teachings and actions as an individual, family person, social leader and statesman “who gave the world the most unique constitution-the charter of Medinah”.
Citing several verses from the holy Quarn Inu said Allah himself declared himself as the protector of the Quran and thus the Islam, requiring none other to appear as the self-proclaimed defender of the religion using politics.
Inu blasted the Jamaat-e-Islami for outright defying the Islamic strictures against doing excesses with religion and carrying out attacks on followers of other faiths and against even reproaching those which are worshiped by idolatry worshipers as he referred to recent spat on attacks on minority community.
“Our prophet fought only he came under attacks and even during wars he ordered his men not to kill women, children, elderly people and priests, destroy places of worships of the enemies . . . but they (Jamaat) defied every single directive of the prophet,” he said.
The minister said: “When the Quran issued direct instructions against destroying places of worships, those who torched and vendalised temples could no way claim themselves as Muslims.”
Inu said, in line with Allah’s assurance of protecting the religion, Islam at no time came under danger in the face of any turmoil, political changes and wars since it spread in Bangladesh in the medieval age since followers of the faith contained deep in their heart its essence.
“But the Bangabandhu government in independent Bangladesh first introduced national holiday to celebrate the holy Miladunnabi, which was not a holiday even during the Pakistani rule,” he said.
Former environment minister Hassan Mahmud and Jatiya Party lawmaker Abu Hossain Babla among others who said Islam preaches universal fraternity and brotherhood discarding unnecessary feuds while Islam won the people’s heart of this part of the world with it’s divine messages of love preached by Sufi saints and “not through wars or the use of arms.”
The rally was concluded with a milad mahfiil and prayers conducted by Saifuddin Ahmed Maizbhandari. 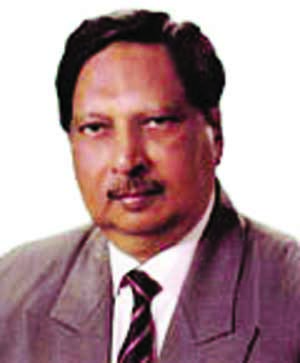