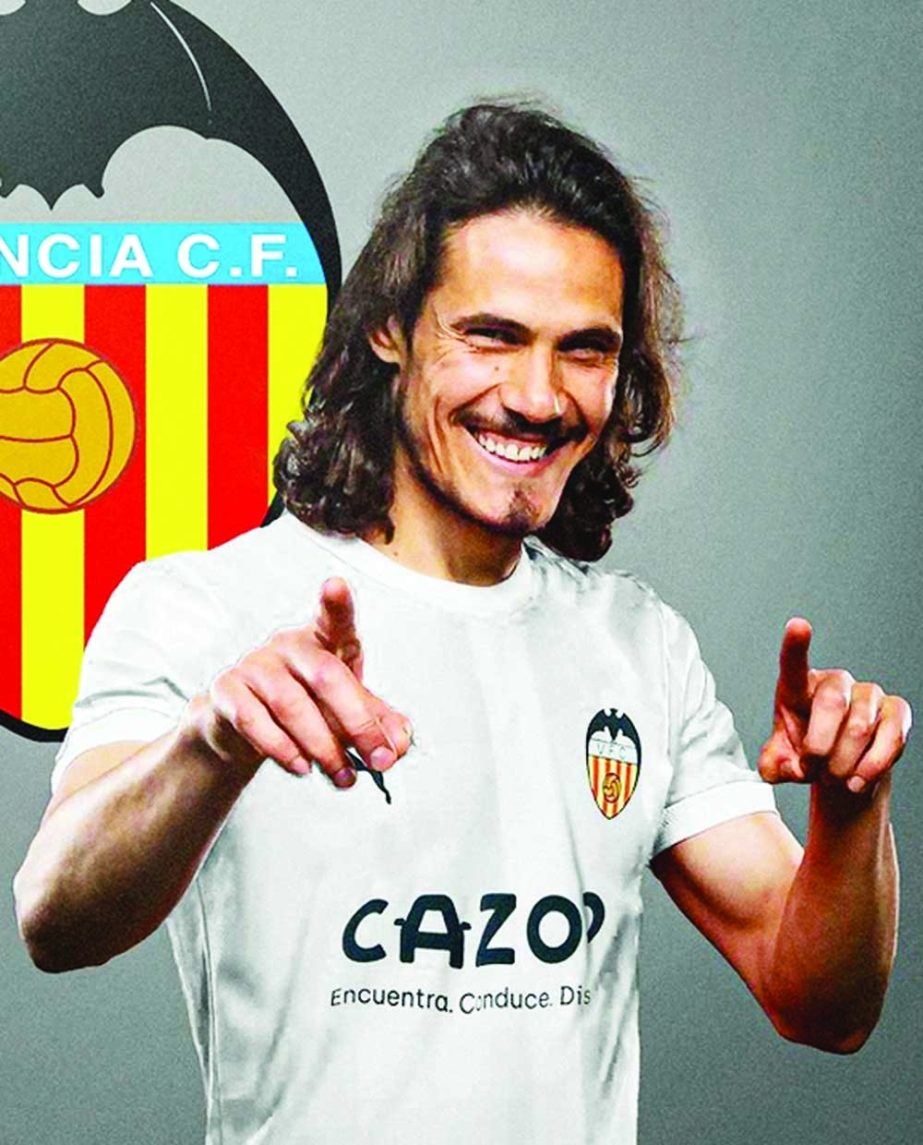 Agency :
Former Manchester United striker Edinson Cavani will join Valencia on free transfer, the Spanish club announced on social media on Monday (Aug 29).
The Uruguay team forward, 35, was available after his contract expired earlier in summer after spending the last two seasons at Old Trafford.
According to the club, Cavani has agreed to sign a two-year contract and will be the reference up-front to Italian manager Gennaro Gattuso.
Valencia won the race to sign the veteran against Real Sociedad, who are still in the market looking for a replacement for Swedish forward Alexander Isak who was sold last week to Newcastle for a €70 million transfer fee.
Cavani arrived on Monday afternoon to Valencia and talked to the local media before passing medical exams with club doctors and signing his new deal.
“I am happy to be here. I wanted to play in Spain and Valencia were willing to bet on me,” Cavani said.
“I like to be where I’m wanted, where I’m loved because you live off the strength of the fans and the club’s love.
“I talked to coach Gennaro Gattuso and Valencia have given me a lot of confidence, so I hope I can give them my best and leave a good image here.”
Cavani began his career at Danubio in Uruguay before making the jump to Europe in 2007, signing with Palermo.

Reuters :An Oklahoma judge on Monday ordered Johnson & Johnson to pay $572.1 million to the state for its part in fuelling an opioid epidemic by deceptively marketing addictive painkillers, a sum that was substantially less than investors had expected, driving up J&J’s shares.The state’s attorney general had filed the lawsuit, seeking $17 billion to address the impact of the drug crisis on Oklahoma. It had been considered a bellwether for other litigation nationwide over the opioid epidemic.“The expectation was...
August 28, 2019

Hospitals were overwhelmed by the influx of injured, with many people being treated in the open air, while other survivors helped retrieve the remains of those who died in Indonesia quake-tsunami.