bdnews24.com :
The British High Commissioner Robert Gibson on Tuesday urged Prime Minister Sheikh Hasina and BNP Chairperson Khaleda Zia to take “concrete steps” to start a dialogue “as soon as possible”.
Gibson says he is encouraged by both leaders calling for a dialogue after the controversial Jan 5 elections.
Awami League came to power again sweeping the polls which was boycotted by the BNP and its allies.
The UK, like the US and other western countries has called for a dialogue to resolve the standoff. After meeting Communication Minister Obaidul Quader, Gibson told journalists that he felt the two leaders “wish to start a dialogue”.
Gibson said he requested the minister to go through the statement of British Senior Foreign Office Minister Syeda Hossain Warsi on the Jan 5 polls and the transcript of the UK parliament’s debate on Bangladesh.
Gibson said the debate addressed issues of democratic accountability of the country and urged the government to take rapid steps to address political differences through a dialogue involving all stakeholders. He said the dialogue would help hold an inclusive and peaceful election to reflect the will of Bangladeshis.
The High Commissioner said during his nearly 45 minutes meeting with Quader, he wanted to know his plans about infrastructure development that he said were “very important for Bangladesh to attract investments”.
He also emphasised on a “good regulatory regime to stamp out corruption”, as that was crucial to attract investments. Gibson said UK was a large investor in Bangladesh and “we hope to continue that”. 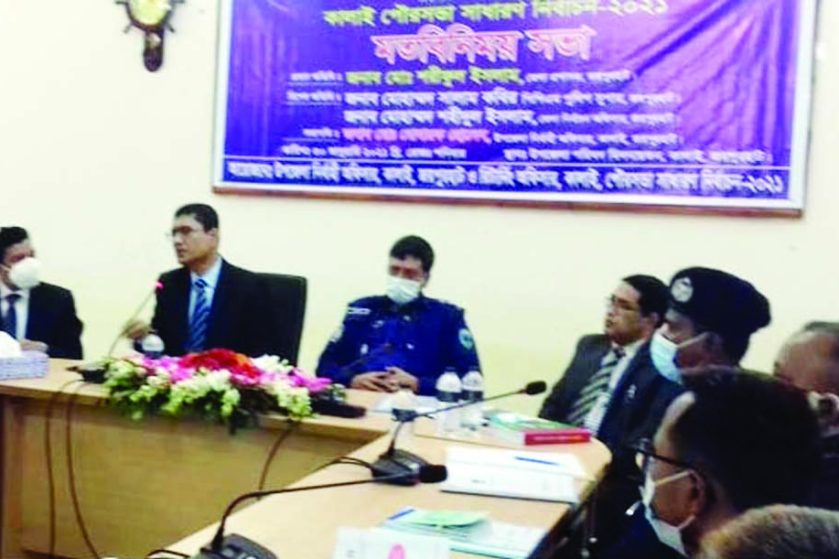 Joipurhat DC Md Shariful Islam speaks at a view exchange meeting in the Kalai Upazila Parishad Auditorium in the district on Saturday. The meeting was organized to ensure a free and fair election of Kalai Municipality election.