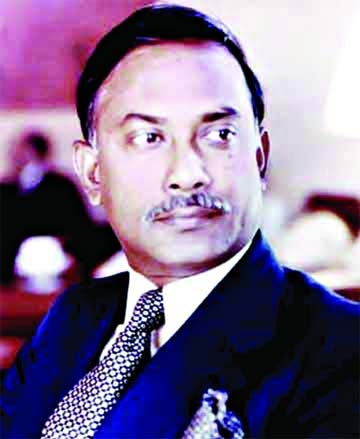 Staff Reporter :The BNP, its front bodies and some other socio-cultural organizations will observe the 78th birth anniversary of BNP’s founder and late President Ziaur Rahman today across the country. For this purpose, various programmes have been chalked out. The hoisting of the party flag at the party offices, placing of wreaths and offering fateha by the grave of Ziaur Rahman will mark the observance. BNP Chairperson Begum Khaleda Zia along with party leaders and activists will place wreaths in the morning. In this connection, BNP arranged a discussion on the life and contributions of Ziaur Rahman at the National Press Club in the city on Saturday. The party standing committee member Dr Khandaker Mosharraf Hossain chaired the function while another standing committee member Dr Abdul Moyeen Khan, chairperson’s Advisers Dr M Osman Faruk and Shawkat Mahmud, former DU VC Professor Dr Emajuddin Ahmed, President of National Press Club Kamal Uddin Sabuj, Professor of BRAC University Dr Pias Karim and others addressed it. In his speech, Dr Mosharraf said that 95 percent voters didn’t cast their votes in the ‘farcical’ election held on January 5. He claimed that movement of BNP was fully successful, as the election did not take place in 153 constituencies. The foreign countries also agreed, the BNP leaders said, that public opinion had not been reflected in the election, he added. He said that the Awami League’s effort to enforce a one-party rule in the country would be resisted through peaceful movement. The government has already apparently established one-party rule in the new shape. “We have to work sincerely to rescue democracy from the clutches of BAKSHAL,” he said. The other speakers of the function discussed from the life of Ziaur Rahman. Born on January 19 in 1936 at Bagbari in Bogra, Ziaur Rahman had become the country’s 7th president in April 1977 and formed Bangladesh Nationalist Party (BNP) in 1979.He was the second son of Mansur Rahman and Jahanara Khatun. He was commander of the Sector No. 11 during the war of independence in 1971. Ziaur Rahman was assassinated by a group of disgruntled army officers at Chittagong Circuit House on the night of May 30 in 1981.

Hundreds of RMG workers take to street on Dhaka-Mymensingh Highway, demanding raising their wages and allowances. This photo was taken from Azampur-Jashimuddin Road at Uttara on Sunday.