World Cup venue in danger of not being ready

AP, Sao Paulo :
FIFA Secretary General Jerome Valcke is giving Brazilian organizers only a few more weeks to show that the stadium in Curitiba will be ready in time for the World Cup.
Valcke showed real concern about the pace of construction at the Arena da Baixada after visiting the southern city on Tuesday, saying that work there is more than late. He said he believes the stadium will make it, but declined to guarantee it will be part of the tournament that begins in June.
Valcke said local organizers have until Feb. 18 to demonstrate that the work can be completed in time.
“What we are expecting is that these technicians will work from now up to the 18th of February and by the 18th of February they will say, ‘OK, guys, it’s fine,'” Valcke said.
Most of the delay at the venue, which was about 90 percent completed, was blamed on difficulties getting the needed funding for the construction. The stadium is being built mainly by local club Atletico Paranaense.
“For the time being, I trust that the decisions that have been made today will give us Curitiba as one of the host cities,” Valcke told a news conference. “It will be a difficult birth, but at the end we will have a baby.”
Brazil’s deputy sports minister Luis Fernandes said that after Tuesday’s visit it was clear something had to be done to guarantee Curitiba as a host city.
“With the current pace of construction, the stadium would not be ready in time,” Fernandes said, adding that more workers are expected to be added to the construction site to try to get the venue ready.
The trip to Curitiba was not originally scheduled for this week’s inspection tour by FIFA, but football’s governing body added a stop there after receiving the latest construction report from local organizers. Valcke was initially expected to go to the jungle city of Manaus.
Australia is scheduled to play defending champion Spain at Curitiba on June 23. On Wednesday, Football Federation Australia said it was concerned and will contact FIFA for more advice on the issue.
“The prospect of matches being moved from Curitiba raises serious concerns, particularly for Socceroo fans who have secured tickets and made flight and hotel bookings,” an FFA spokesman said.
The Arena da Baixada was the most delayed among the six that still have to be delivered for the World Cup.
FIFA’s inspection tour began on Monday in Sao Paulo, with Valcke visiting the Itaquerao stadium, where a crane collapse late last year killed two workers and caused significant delays in construction.
The Itaquerao, which will host the World Cup opener between Brazil and Croatia on June 12, is expected to be ready in mid-April.
On Wednesday, the Arena das Dunas in the northeastern city of Natal will be the latest stadium to be delivered. Valcke will be there for the inauguration ceremony along with Brazilian President Dilma Rousseff.
Brazil promised to deliver all 12 by the end of 2013 but only the six that were used during last year’s Confederations Cup were ready. Four of those had missed their initial completion deadline of the end of 2012.
The Arena da Baixada is due to host four World Cup matches, all in the group stage. The first is Iran vs. Nigeria on June. 16. 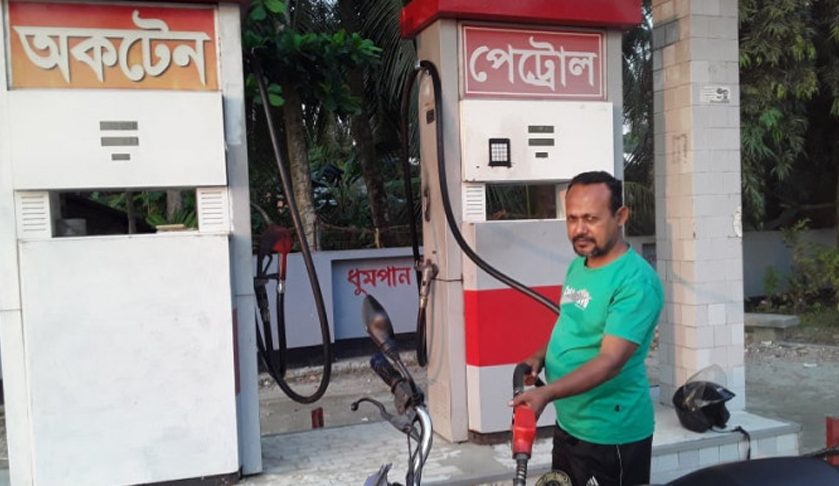 District watch in pictures: FENI: Mawlana Mahmudul Hasan, Principal of Feni Alia (Honours) Kamil Madrasa speaking at a Doa Mahfil arranged on the occasion of the JDS exam as Chief Guest on Monday.

Bikalpa Dhara Bangladesh President Prof Dr AQM Badruddoza Chowdhury, among others, at a discussion on `Way to overcome ongoing political crisis` organized by Bangladesh Sammilita Peshajibi Parishad at the Supreme Court Bar Association auditorium in the city on Thursday.