We will not experiment in the series against New Zealand: MS Dhoni 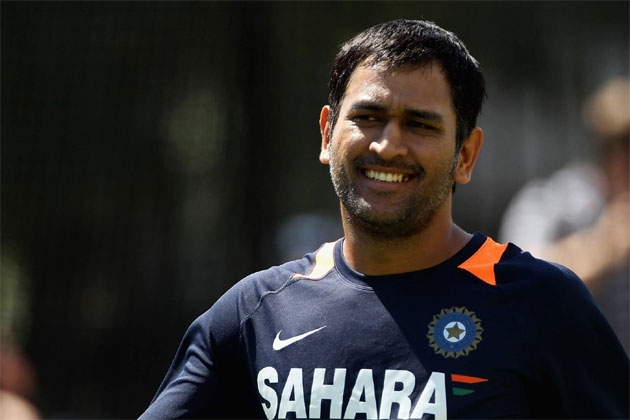 PTI, Napier :
Indian skipper Mahendra Singh Dhoni Saturday ruled out experimenting too much with his settled team in the series against New Zealand but said the five-match rubber should serve as a good exposure to some of his players before the World Cup.
Since Yuvraj Singh is not in the side, there is question mark over the number four spot in the batting order. Dhoni was non-committal about Suresh Raina coming up the order, a role he did not perform with much success against Australia in October.
“We will see what suits us best and then we will move ahead. As of now, after the Greg Chappell era, experimentation is something we have done away with. We don’t really change too many things anymore. We will give chances to a few players and hopefully they will rise up to the occasion and accept the challenges that they are pushed into,” Dhoni said ahead of the series-opener on Sunday.
Dhoni said the series would be a good for experience since the World Cup will be hosted jointly by Australia and New Zealand. “It’s good exposure for our players who have not played in New Zealand before. In the bowling department particularly, there are some new additions to the squad. Wind will be a factor here and when you are exposed to different conditions, you work hard on your game.
“So it will be a good experience for them. In turn, it will be good for the team because we will have players who have already played in these conditions and particularly at venues where we will be playing the 2015 World Cup. So it should be a good tour for us,” said the Indian captain.
Indian team arrived in New Zealand almost a full week ahead of the first ODI and it gave them ample time to reflect on the conditions here and prepare for the month-long trip comprising of five ODIs and two Tests.
“Our preparation has been good. We were given very good facilities. The ground where we practiced, Nelson Park, we were given a centre wicket which was good practice. Net bowlers were also made available to us. We have also looked into each and every aspect of our game, not only batting and bowling, but also fielding because it will play a vital role,” Dhoni pointed out.

BSS, Dhaka :Bangabandhu Sheikh Mujib Hi-Tech Park in Rajshahi, one of the 28 hi-tech and software technology parks that the present government is building across the country, is expected to create job opportunities for around 14,000 youths.“The project titled ‘Bangabandhu Sheikh Mujib Hi-Tech Park, Rajshahi’, which was approved by the Executive Committee of the National Economic Council (ECNEC) in December 22, 2016, will be implemented at a cost of Taka 281.19 crore by Bangladesh Hi-Tech Park Authority under Information and...
August 31, 2017

8 killed, over 20 injured in traffic accident in Peru