CNN :
The Marine Corps is working to determine the authenticity of photos published by TMZ.com that purport to show Marines burning the bodies of what appear to be Iraqi insurgents.
The celebrity and gossip website said it has 41 photographs believed shot in Falluja in 2004. It published eight on Wednesday, saying the rest of the images were too graphic.
“The actions depicted in these photos are not what we expect from our service members, nor do they represent the honorable and professional service of the more than 2.5 million Americans who have served in Iraq and Afghanistan,” the Defense Department said.
“The Marine Corps is currently investigating the veracity of these photos, circumstances involved, and if possible, the identities of the service members involved. The findings from this investigation will determine whether we are able to move forward with any investigation into possible wrongdoing.”
Among the published photographs, a person in a Marine uniform appears to be pouring gasoline or some other flammable liquid on the bodies of insurgents. The remains are shown ablaze, and then charred. 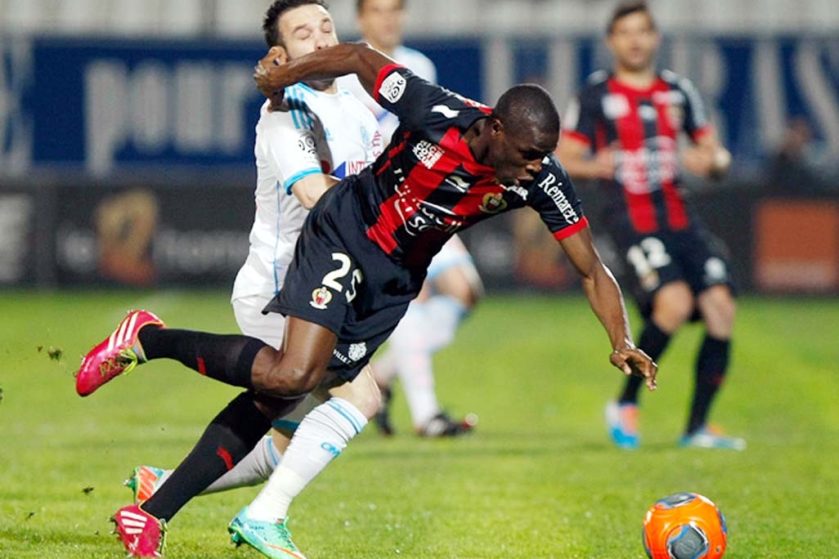 Nice’s French defender Romain Genevois (right) challenges for the ball with Marseille’s French midfielder Mathieu Valbuena, during their League One soccer match at the Velodrome Stadium in Marseille, southern France on Friday.