BBC Online :
US Secretary of State John Kerry has welcomed a decision by Syria’s main political opposition group to attend next week’s peace talks in Switzerland.
His praise for the Syrian National Coalition’s “courageous” move was echoed by the UK and France.
The aim of the talks, to be held in Montreux, is to start the process of setting up a transitional government to end the war in Syria. The three-year conflict has claimed the lives of more than 100,000 people.
The fateful meeting of the Syrian opposition coalition had been delayed while desperate efforts were made to persuade back more than 40 delegates who had walked out. The advocates of going to Geneva wanted to mobilise a display of unity and purpose to back the negotiating team.
Their fear was that, otherwise, it would start off looking weak, and with big questions about its claims to represent even the opposition political leadership, far less the fighting forces on the ground and the Syrian people as a whole.
That looks like being the case. The 58 members who said Yes made up a good majority of the 73 who voted, but it’s less than half of the body’s 120 members. The onus on those going to Geneva will be to produce convincing results, and that is far beyond their own control.
The coalition had no choice but to go. Its Western backers made it clear that if it said No, they would not be able to continue supporting it. They were damned if they did, and doomed if they didn’t.
An estimated two million people have fled the country and some 6.5 million have been internally displaced.
Reacting to the SNC’s Saturday decision in Istanbul, Turkey, Kerry said in a statement: “This is a courageous vote in the interests of all the Syrian people who have suffered so horribly under the brutality of the Assad regime and a civil war without end.”
UK Foreign Secretary William Hague also praised the SNC’s “difficult decision”, adding: “As I have said many times, any mutually agreed settlement means that Assad can play no role in Syria’s future.”
In Paris, French Foreign Minister Laurent Fabius said “this brave choice, despite the provocations and acts of violence by the regime, is a choice to search for a peaceful solution”.
Of the SNC delegates who voted at a meeting in Istanbul, 58 were in favour, 14 were against, while one abstained.
It is less than half of the 120-member coalition, as the other members stayed away in disapproval of the venture.
The coalition’s leader, Ahmad Jarba, said it was going to the talks “without any bargain regarding the principles of the revolution and we will not be cheated by [President Bashar al-] Assad’s regime”.
People in Damascus express frustration at the lack of food and medicine
“The negotiating table for us is a track toward achieving the demands of the revolution – at the top of them, removing the butcher from power,” he said.
The BBC’s Jim Muir in Beirut says Western powers will be relieved at the vote, although it is less than the display of unanimity the advocates of the talks – known as Geneva II – had hoped for.
Syrian opposition figures had earlier expressed reluctance to go to Switzerland unless President Assad was excluded from any future transitional government. Damascus says there cannot be any pre-conditions.
Syria refugees in Karkamis, Turkey, 16 Jan Refugees in Karkamis, Turkey. An estimated two million people have fled Syria
Last week, Syria’s National Reconciliation Minister Ali Haidar said no-one should expect a breakthrough at the talks, adding: “The solution has begun and will continue through the military triumph of the state.”
However, Syria on Friday did offer a prisoner exchange with rebels and Foreign Minister Walid Muallem said he had also presented a ceasefire plan for the second city of Aleppo during talks with his Russian counterpart, Sergei Lavrov.
In another possible gesture of goodwill, the Syrian government allowed the first aid in months to be delivered to the besieged Palestinian refugee camp of Yarmouk in Damascus on Saturday. 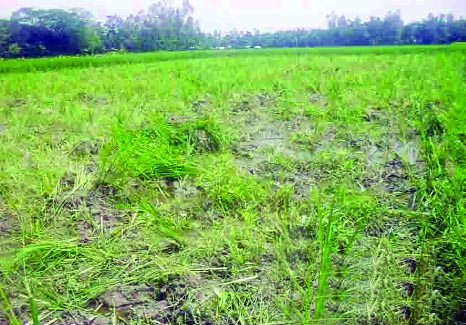 Economy moving ahead in positive trend