US economy returning to shape

admin
Neil Irwin :
The United States is poised for its strongest year of economic growth since the recession began. Signposts for the economy are generally pointing up. A recovery that seemed tentative and halting a year ago now appears to be durable and more deeply entrenched.
Sound familiar?
It should. Those are all phrases from an article that ran in The Washington Post on Dec. 31, 2010, projecting how the economy would fare in 2011. I know because I wrote it.
If your memory is shaky, here’s what actually happened in 2011. There was a disruptive earthquake in Japan, an oil price spike caused by the Arab Spring, and a euro-zone crisis that was so severe as to endanger the entire global financial system, and a confidence-shattering debt ceiling showdown in the United States, and austerity by state and local governments that sapped growth. The U.S. economy kept growing, but at the same kind of sluggish, uneven rate it had in 2010 and, for that matter, 2012 and 2013.
One lesson of that is to view any predictions for what will happen in 2014 through a lens of skepticism. Year after year, forecasters have viewed better days as being just around the corner, only to see the U.S. economy disappoint. (Read more on that here).
Here’s the case for optimism in 2014. The forces that have held back growth for the last half a decade are abating. Fiscal policy will be less of a drag in 2014 than it was in 2013. The recoveries in housing, consumer spending, and business investment show all signs of remaining underway. And threats from abroad look to have dissipated, with scant evidence that the euro-zone crisis will recur or that China or other emerging markets will fall into recession.
So the case for better U.S. economic growth in 2014 – something more in the 3 to 4 percent range rather than the 2 to 2.5 percent range which has been underway for nearly five years – is that all the forces that might keep strong growth from happening are in abeyance. That should allow the natural regenerative power of the capitalist economy to spring forth and return to something closer to full employment.
That’s the theory, anyway. Whether things work out that way will depend on how resilient that underlying growth turns out to be. This year should provide an answer to one of the biggest questions to haunt the U.S. economy over the last half-decade: Has the recovery been crummy because of bad luck, or because something was fundamentally broken about the U.S. economy?
The first possibility is that the economic recovery has been so sluggish simply because of bad luck mixed with some bad – but identifiable – policy choices. In 2011, for example (as mentioned above) there were a string of geopolitical events and natural disasters that held back growth, particularly the euro-zone crisis that kept financial markets on the verge of coming unglued for much of the year. In 2012 and 2013, it was the federal government tightening its purse strings.
If this story is correct, then the fundamentals of private demand have been increasingly strong. Housing has been recovering steadily for more than a year, but home construction remains well below historical trends and so should still have room to go. Businesses have been reluctant to invest for years, but could finally start to pick up the pace as the world’s economic luck improves and the outlook starts to appear sunnier; consumers, buoyed by rising stock and home prices and an improving job market, will do the same. All these trends will create a positive feedback loop. More confident consumers buy more stuff, leading businesses to invest and hire more to satiate the demand, in turn creating more jobs and higher wages.
That’s the way we could end up with a long-awaited year of above-trend growth, the 3 or 4 or 5 percent expansion that would go a long way to ending the long economic doldrums.
Unless, of course, the other theory of why growth has been so disappointing turns out to be true. Maybe weak growth has been caused not by bad luck, but by something more fundamentally broken in America’s economic machine.
Why is it, advocates of this theory, would observe, that growth was unimpressive even in the first years of the last decade, even before the crisis – even as an epic housing and credit bubble was underway? Could the crisis have represented not a short-term aberration, soon to reverse, but exposed the nation’s economic potential as being lower than it had seemed? (For a thoughtful examination of this possibility, see Larry Summers’s presentation at the IMF on the idea of a “secular stagnation.”)
If this is the real story, then maybe the weak growth of the last few years hasn’t been a simple story of a financial crisis followed by a string of bad fiscal policy choices and bad luck, but rather the broken U.S. economy returning to its previous form.
Forecasters are complacent about the risks facing the United States in 2014, seeing little reason to fear that a new global financial crisis or new wave of fiscal tightening or oil price spike is looming. Assuming they are right, and none of those risks materialize, 2014 is the ultimate test of the two theories.
In other words, no more excuses: If we don’t finally see strong growth this year, it’s time to admit that maybe we don’t understand what ails the economy as well as the cris models used by forecasters would suggest.
Neil Irwin is an economic analyst. 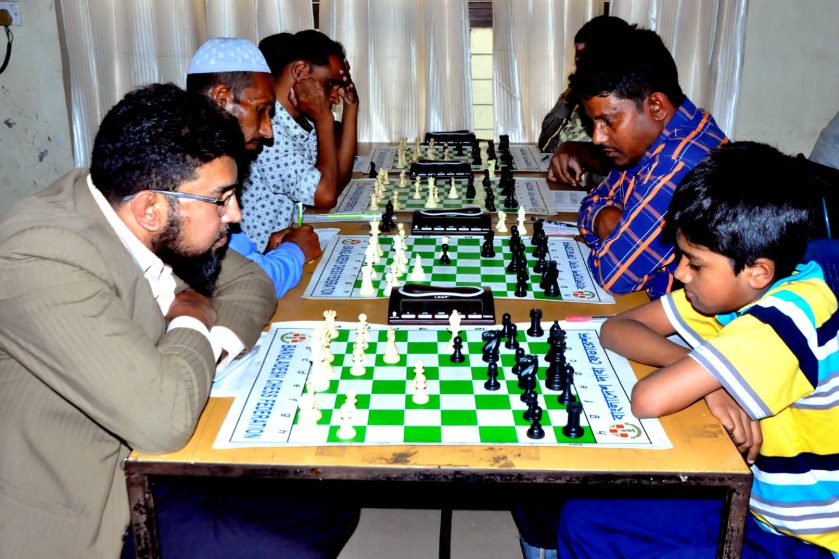 A scene from the 6th round games of Esoft Arena FIDE Rating Chess Tournament below 2000 rating at Bangladesh Chess Federation hall-room at 2nd floor of National Sports Council old building on Monday.