Two including teacher murdered in Bogra

Dupchanchia corresponden :
Two men including school teacher were stabbed to death under Sadar Upazila of Bogra district recently.
The deceased were identified as Abdul Baki,36, a teacher of Bogra BIAM school and college, son of Yakub Ali Kamarkandi village under Sherpur upazila and Abdul Mazid,26, Darikamra village under Shazanpur upazila of the district. Officer-in-charge (investigation) of Sadar police station Nur-e-Alom said both of the unexpected incidents had taken place in Sathmatha in front of Awami League office and Malgram area on Tuesday night.
Baki was stabbed to death on the way of his home while he was returning from the town. The unidentified miscreants barricaded the way and hit him with sharp knife from behind, leaving him seriously injured. The local rushed him Bogra Shaheed Ziaur Rahman Medical Collage and Hospital for better treatment where the attending doctors declared him died. On the other hand on the following day, Mazid was stabbed in Malgram area while he was crossing a lane. A group of miscreants attack him from behind; left he died in the spot. Recovering the dead bodies’ police sent them to Hospiatal morgue for autopsy. Preparation of two separates murder case was going on with sadar police station in these connections. 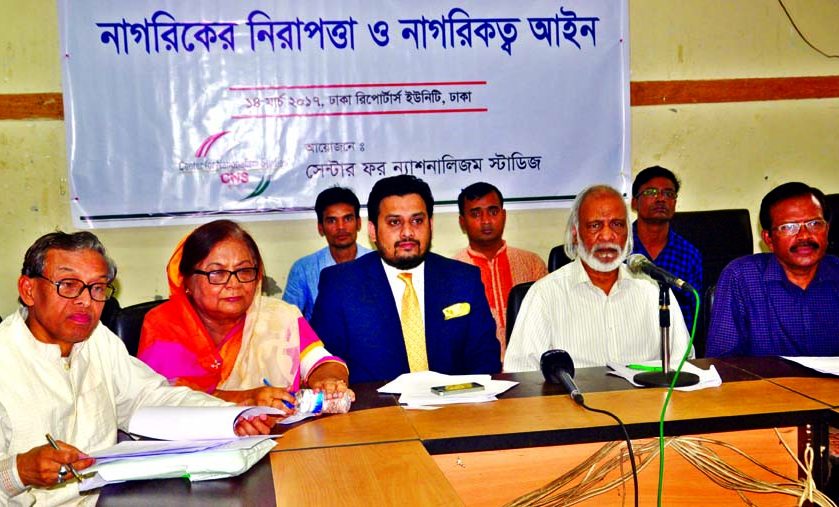 BNP Standing Committee Member Dr Moin Khan, among others, at a discussion on `Security of Citizens and Citizenship Law` organised by Center for Nationalism Studies in DRU auditorium on Tuesday.

Human Rights Commission gets no importance

People are seen sitting in distressed condition as their shanties gutted in fire. This photo was taken from Sattala Basti, Mohakhali in the capital on Tuesday.

Bangladeshi among the rescued from sunken boat in Mediterranean off Libya