The farmers have already started transplantation of Boro seedlings in the northern region to make the officially fixed farming programme of the cereal crop successful this season.
Horticulture Specialist Khondker Md. Mesbahul Islam of the Department of Agriculture Extension (DAE) said transplantation of Boro seedlings would get momentum soon as the farmers are facing some hurdles now due to the sweeping cold wave.
“The farmers have already prepared their Boro seedbeds and they are taking all-out preparations for transplantation of the seedlings in full swing from the fourth week of January,” he added.
According to the DAE sources, nearly six lakh deep and shallow tube wells and low lift pumps would be put into operation for irrigating Boro fields to make the Boro farming programme successful in the region.
The DAE, Bangladesh Agriculture Development Corporation (BADC), Bangladesh Rice Research Institute (BRRI), Bangladesh Agriculture Research Institute (BARI), Barind Multipurpose Development Authorities (BMDA), Teesta Barrage Project (TBP), Power Development Board (PDB), Rural Electrification Board (REB) and other concerned organisations have taken adequate steps to make Boro cultivation programme successful.
According to the official sources, necessary preparations have been taken to ensure smooth supply of diesel, power or fertilisers following comprehensive steps taken by the government.
The agriculture related organisations have taken steps to ensure maximum facilities to the farmers, including delivery of the latest resource and conservation-based agriculture technologies for enhancing rice production at reduced costs this season.
Noted rice scientist and Associate Director (Agriculture) of BRAC International (South Asia and Africa) Dr M A Mazid suggested farmers to complete seedling transplantation within February 15 to get maximum yield and to end the process by March 15.
According to the DAE sources, the government has fixed an all-time record nationwide target of producing over 1.89 crore tonnes clean Boro rice from 47.80 lakh hectares land in all 64 districts during this Rabi season.
Under the programme, a record target of producing 64.03 lakh tonnes of Boro rice, 33.87 per cent of the fixed national production target, has been set for the northern region, commonly known as the country’s food granary, for this season.
The farmers will bring about 16.09 lakh hectares land under Boro cultivation in the northern region to produce 64.03 lakh tonnes rice and they have already prepared their necessary Boro seedbeds.
Talking to BSS, Deputy Director of the DAE Feroz Ahmed said comprehensive and well-coordinated steps have been taken for delivering of the latest technologies to the farmers for enhancing Boro rice production at lower costs.
Regional Additional Deputy of the DAE Sikander Ali said the farmers will largely adopt the conservation-based agri-technologies like Alternate Wetting and Drying method during this season to reduce lifting of underground water and save electricity.
BSS from Jamalpur says: Contract Growers Office, a wing of Bangladesh Agriculture Development Corporation (BADC), has procured 522 tonnes of Aman paddy seed for 2013-14 season across the district.
According to BADC, five varieties of Aman paddies were procured from its 94 farmers. Variety wise procurement is as follows: 10 tonnes BR-22, 160 tonnes BR-11, 83 tonnes BRRI-40, 19 tonnes BRRI-41 and 250 tonnes BRRI-49.
Khagendra Chandra Roy, Deputy Director of Contract Growers, said quality of the procured seed is good because of favourable weather.
BADC sources said 515 acres of land were brought under Aman cultivation through its 94 farmers to procure seeds.

BSS from Gaibandha adds: Department of Agriculture Extension (DAE) has taken up an extensive plan for Boro farming in all seven upazilas of the district during the current Boro season.
Official sources said the department has set a plan to bring a total of 1, 25,325 hectares of land under the Boro cultivation this year with the production target of 5,04,425 tonnes of rice.
Of the total, some 19,630 hectares would be brought under the cultivation programme in Sadar Upazila, 14,925 Sadullapur Upazila, 12,775 Palashbari Upazila, 30,550 Gobindaganj Upazila, 24,100 Sundarganj Upazila, 15,050, Shaghata Upazila and 8,295 Fulchhari Upazila.
Now, the farmers of the district are taking preparations for farming boro paddy on their land with the hopes of getting desired output this year.
To bring the land under cultivation programme, the farmers prepared seed beds on 5,822 hectares of low land where the seedlings have grown well.
Though the green seedlings were being affected due to cold wave with dense fog sweeping across the northern region including Gaibandha district, the department took precautionary measures to protect the seedlings from cold injuries through motivating the farmers.
To make the cultivation a success, necessary measures had been taken to supply fertilizers, insecticides and other agri inputs to the farmers at fair prices side by side ensuring irrigation facility, said an official of DAE.
Besides, the commercial banks including Rajshahi Krishi Unnayan Bank have taken initiatives to disburse loan to the farmers here on easy terms to help them cultivate the crop without economical troubles. 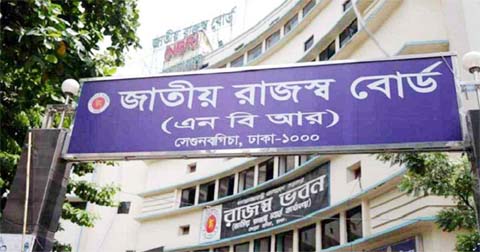 I go on a film set to perform and not to set any statement: Shikha Talsania

270,000 Syrians have right to bring families to Germany