BSS, Rajshahi :
One can hardly miss the festive mood spread in the air brought by the harvested tomatoes in Godagari upazila of the district.
Farmers, labourers and traders in the Barind tract of Rajshahi pass busy days with their crops across the fields.
Moving along the Rajshahi-Chapainawabganj highway and all other roads in the area, people are seen weighing and packing tomatoes in sacks and bamboo baskets, and separating the damaged ones. Some sew up the sacks and some replace the lids of baskets.
Buying, selling and transporting the crop to different destinations across Bangladesh are common to the landscape around Godagari during November to February.
On the roadside, workers load trucks with the produce and some spray ethylene, a fruit hormone, to turn them red. Leaders of the sector estimate annual sales of tomato in the area at Tk 500 crore.
Mahtab Ali, a tomato buyer from Dhaka, said he has been coming here for the last eight years, and buys around 600-700 maunds of tomato a day to send to Sylhet or Dhaka. “Tomatoes here are the best in size, colour and taste.” Demand for tomatoes and his investment in the crop are increasing, he added.
“Tomato traders seldom incur losses,” Ali said. He made Tk 1.5 lakh in profits last year from an investment of Tk 8 lakh. This year, he plans to invest Tk 10 lakh. Like Ali, hundreds of traders from Dhaka, Chittagong, Comilla, Sylhet throng to Godagari to buy tomatoes. It is considered a cash crop in this region.
However, Rejaul Karim, a farmer from Bidirpur, said: “Tomato output is rather low this season for bad seeds. If the seeds were good, I would have made Tk 2-2.5 lakh from my two-acre field.”
On the other hand, Nabibar Rahman, 45, another tomato grower, said tomato cultivation salvaged his family. “My family was passing days in extreme hardship only years ago. I failed to make ends meet from paddy cultivation. Then I switched to tomatoes and there was no looking back.”
Rahman has been cultivating tomato for the last eight years. He bought a piece of land and built a one-storied house there. He took 14 bighas of land on lease and he gets Tk 30,000- 35,000 in profits by spending only Tk 10,000 on a bigha of land, he added. “Tomato cultivation gives you high profits.”
“There are about 25 buildings in the village. All but four were built with money earned from tomato farming,” said Rafiqul Islam, a farmer in Rajabari, five kilometres from Gopalpur.
Islam was on the look out for work upon graduation. He later ended up farming tomatoes. “Most villagers took to tomato farming. I gave up job hunting and concentrated on it too,” said Islam, who earns Tk 3 to 4 lakh a year from 12 bighas.
Tomatoes are widely cultivated in almost all 400 villages of the upazila in the past decade, said Dr Saiful Islam, upazila agriculture officer. The total land under tomato cultivation doubled in the last around ten years, while yield tripled, he added.
However, Department of Agriculture Extension (DAE) in Rajshahi could not provide any data on tomato cultivation for the period prior to fiscal 2004-05. The office recorded the district’s tomato cultivation on 2,140 hectares, 66 percent of which is in Godagari. 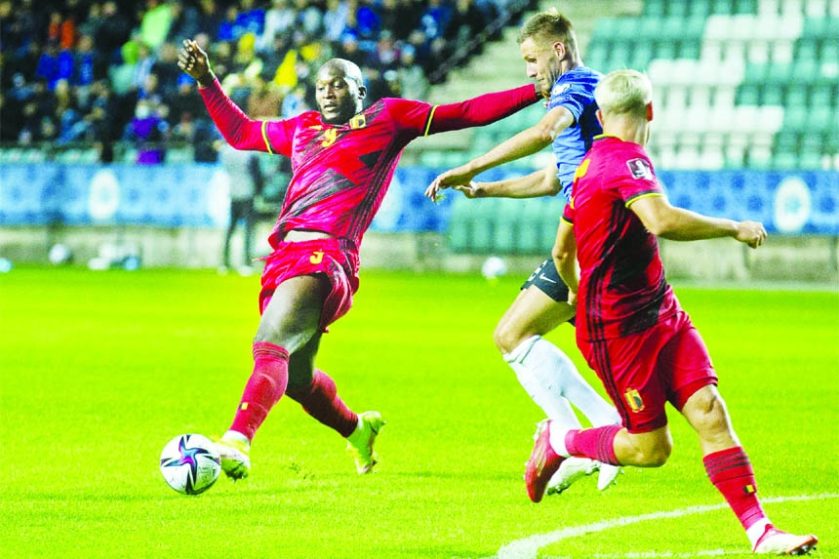 Md. Abdullah Al Mamoon, DMD of United Commercial Bank (UCB) Limited and Hussain Elius, CEO of Pathao Limited, exchanging an agreement signing documents on providing the convenience of payment for Pathao services using Upay, Digital Payment System of the at its Corporate office in the city recently. Mohammed Shawkat Jamil, Managing Director of the Bank and other senior executives from both the organizations were also present.