Farming of crops, particularly seed- potato, through tissue culture has brought a silent revolution in agricultural sector in Rajshahi region.
Thousands of farmers of the region have changed their lot by growing quality crops especially potato through using tissue cultured saplings. To feed farmers with sterile saplings, 14 tissue culture laboratories are now functioning commercially in Rajshahi. Farmers are producing crops or vegetables by using these plantlets.
It is learnt that there are more than 100 tissue culture laboratories which are being run as research organisations, commercial enterprises and educational institutions. The largest number of tissue culture laboratories is situated in Rajshahi.
Already, many farmers attained bumper production of potato, tomato, strawberry, banana and gerbera flower after producing plantlet of those through using tissue culture technology and many of them changed their fortune.
“Side by side the government institutions the private entrepreneurs are showing interest to boost the mother potato-seed production locally,” says Abdur Rahim, a farmer of Bargachhi village under Paba Upazila.
He said the potato growers are very interested to cultivate potato through using the foundation seeds as they have been reaping more yields.
Another farmer Golam Rasul from Godagari Upazila said the tissue culture seeds are 100 percent virus and disease free, healthy, high quality and environment-friendly in addition to comparatively higher-yielding and hygienic.
ATM Rafiqul Islam, Project Director of Barind Multipurpose Development Authorities, said there is a bright prospect of overcoming the existing crisis of breeder potato-seed through successful expansion of tissue culture technology.
“In last 1987, we had started developing technology of the tissue culture method and subsequently become successful, said Professor Dr Monzur Hossain of Botany Department of Rajshahi University. 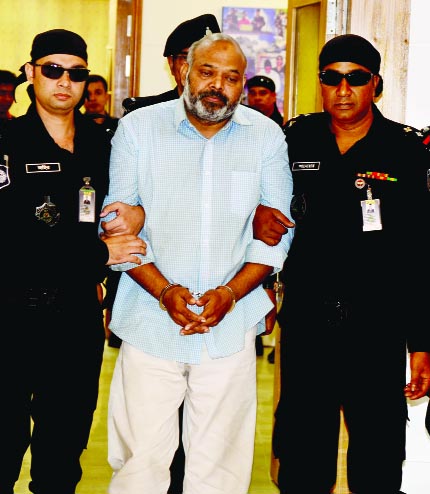 One held on extortion charge in city

Schoolgirl rescued while being trafficked to India