Talks may be held with BNP for fresh election: Tofail

bdnews24.com :
Senior Awami League leader Tofail Ahmed has said there is scope for dialogue with the BNP about a fresh general election. But, speaking at a roundtable, ‘Bangladesh-After Jan 5’ organised by bdnews24.com on Saturday, he said the BNP will not take part in the polls if its win is not ensured.
“An election is held for five years. A government tries to be in the office for 5 years.
“We have never said that there was no need for talks. The 11th parliamentary elections will definitely be held, and for that the talks will take place,” the Commerce Minister
commented, speaking about the BNP’s demand for a non-party government.
The Awami League left no stones unturned to make BNP join the polls, according to the ruling party’s Advisory Committee member. “It’s unfortunate that didn’t happen, but we tried our best.”
Criticising the BNP’s decision to not come in the polls, he said, “The BNP did not join this time, what happens if the Awami League does not the next time? Will this go on?
“The BNP did not give any proposal after accepting one. The Awami League cannot take so many responsibilities. If talks start tomorrow, issues like ‘Parliament has to be dissolved…we will not accept Sheikh Hasina’ will come up, this is not realistic.”
The Commerce Minister of the newly-installed government said they would work for the prosperity of the country leaving all political divides aside.
He also said, the ruling party did not try to influence any of the earlier polls.
When Tofail’s claim was directed to BNP chief Khaleda Zia’s adviser and former Commerce Minister Amir Khosru Mahmud Chowdhury, he said, “Only the elections under caretaker government were fully accepted. The others were not accepted and could not stay full term.”
The new government is working for turning the country democratic and non-communal, Tofail added.
Leading politicians, diplomats, business personalities, analysts and activists came together at bdnews24.com to discuss where Bangladesh is heading after the elections.
Along with the Commerce Minister and Amir Khosru, Mujahidul Islam Selim, President of the Communist Party of Bangladesh, is representing the political class at the debate.
Former Chief Election Commissioner ATM Shamsul Huda, former caretaker finance adviser AB Mirza M Azizul Islam, columnist Salimulla Khan and former ambassador Nasim Ferdous are also taking part in the dialogue. Also among the discussants are leading rights activists Ayesha Khanam and Khushi Kabir.
Senior journalist Amanullah Kabir and Managing Director of Ekattor Television Mozammel Babu have also joined the event. Editor-in-chief of bdnews24.com Toufique Imrose Khalidi is moderated the discussion. 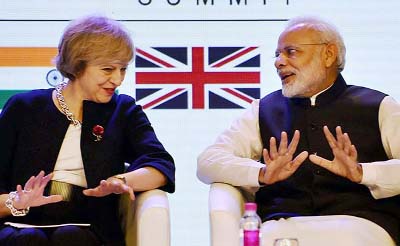