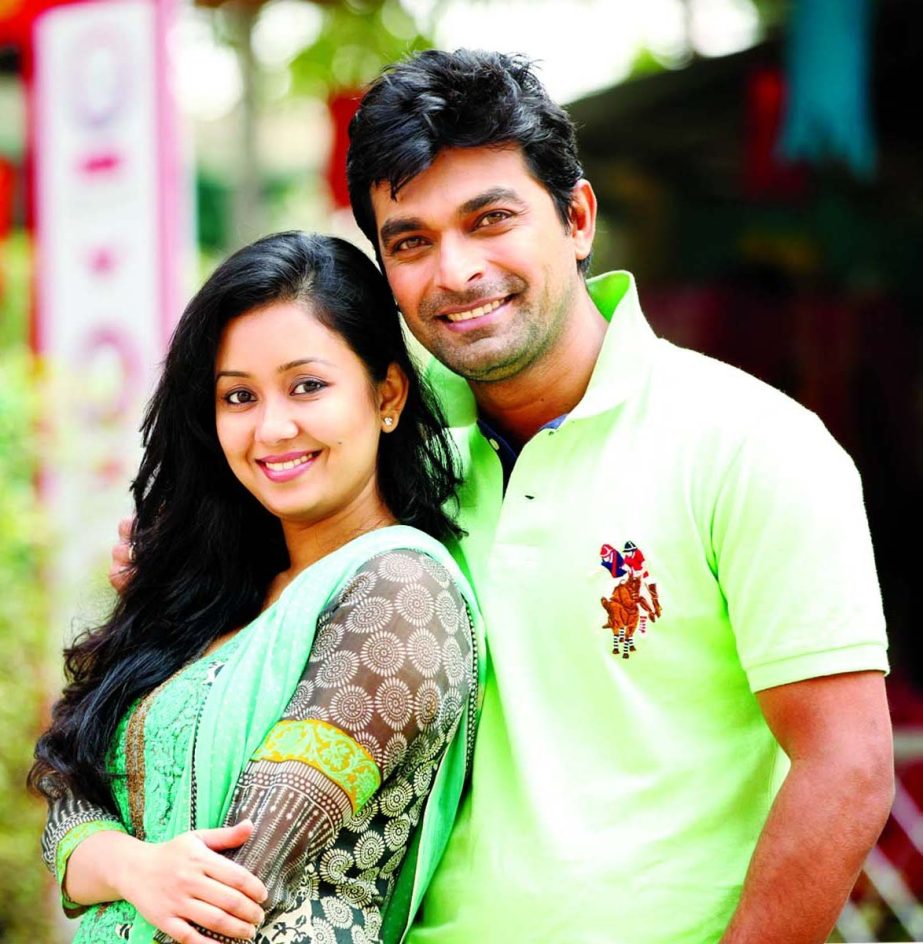 Entertainment Report :Monpura famed popular TV actress Farhana Mili and actor Sayeed Babu have performed together as pair in three TV plays.Few years ago, Farhana Mili and Sayeed Babu firstly performed together as pair in play titled Surjomukhi under the direction of noted actor and director Tarique Anam Khan. Later they performed together in play titled Handle With Care under the direction of Ali Fida Ekram Tojo. Lastly they performed together in a faction play titled Prem Oprem under the direction of Abdullah Al Jobayer Uchchhal with the script written by Masud Hasan. According to the director’s comment, Sayeed Babu and Farhana Mili have performed tremendously well in this horror typed play. Viewers will get something while watching this play.While sharing her feelings to perform in this play Farhana Mili told this correspondent, “I always feel comfortable to work with Sayeed Babu. I hope viewers will enjoy our new work.”While talking in this regard Sayeed Babu said, “I had good experience to work with Farhana Mili. Mili is a serious actress. I believe viewers will enjoy the play.”The play Prem Oprem will go on air as an episode of Oshomapto Golpo on SA TV soon, said its director Uchchhal.Tonight on SA TV Farhana Mili and Shahiduzzaman Selim acted play Boxer Kobi will be aired. On the other hand, Sayeed Babu acted Mahfuz Ahmed directed new drama serial Maago Tomar Jonnyo is being aired on ATN Bangla from Tuesday. Now Babu acted drama serials Joyeeta, Maya, Shotto Pahar, Monsoon Rain and Bonophul-er Gaan are being aired on Boishakhi TV, GTV, Banglavision, Channel 9 and Bangladesh Television respectively.

Staff Reporter :Chief Justice SK Sinha expects that retired Justice AHM Shamsuddin Choudhury Manik to return the files of all unfinished judgements and orders as soon as possible instead of speaking to the media.In a press release, signed by the acting Register General of the Supreme Court Abu Syed Dilzar Hossain, sent to media on Sunday afternoon, the Chief Justice also suggested Justice Manik should not give any statement to media regarding the judgements and the orders.The Chief Justice said...
February 8, 2016

Hours-long light rain left the capital’s traffic system in complete chaos on Tuesday, inflicting immense sufferings to the city dwellers. Following the rain, long tailbacks were seen on almost all major streets of the city. This photo shows motor vehicles get clogged at Gulistan area in the capital on Tuesday after the rain. NN photo

US man Albert to be freed after 43 yrs in solitary

Amyra on cloud nine these days