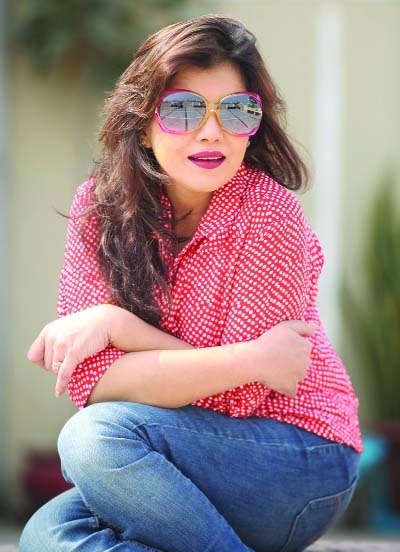 Entertainment Report :
In theatre arena, Rosy Siddiqui started her acting career by theatre troupe, Theatre Arambagh. She firstly performed in theatre play Shat Ghat-er Kanakori under the script and direction of Momtaz Uddin Ahmed. She performed with this theatre troupe from 1989 to 1993.
After her wedding with popular TV actor and director Shahiduzzaman Selim on December 16 in 1993, she engaged herself with then popular theatre troupe, Dhaka Theatre. She is still attached with this group.
Haat Hodai, Prachchyo, Bon Pangshul, Dhaboman are Rosy Siddiqui acted popular theatre plays under the banner of Dhaka Theatre.
For the first time, this popular actress is going to perform on stage with solo performance.
Today she will perform as solo performer in play Ponchonari Akhyan under the direction of Shahiduzzaman Selim with the script written by Harunur Rashid at the Experimental Hall of Bangladesh Shilpakala Academy in the city’s Segunbagicha area at 7:00pm.
While sharing her feelings to perform as solo actress in the play Rosy Siddiqui told this correspondent, “Everybody should watch the play Ponchonari Akhyan to realise that human being is the main identity rather than a male or female. I think audience will enjoy the play.”
It may be mentioned that Rosy Siddiqui hailed from Siddique Bazar of old Dhaka started her acting career in television in 1990. She performed in a small play, which was directed by Alimuzzaman Dulu under the script written by Aziz Misir. Late Khaled Khan was her co-actor in the play.
But Rosy came into limelight to perform in then popular TV serial Jonmobhumi. During that time she was familiar in the name of Bizly.
Now Rosy Siddiqui is acting in Matia Banu Shuku and Juboraj directed ongoing drama serial Progga Paromita and Aronyo Anwar directed drama serial Korta Kahini.
Therefore, Rosy Siddiqui acted first movie was Goutam Ghosh directed Padma Nodir Majhi.
Rosy acted only commercial movie was Kazi Hayat directed Love Story.

Terrorists still for striking back: FM