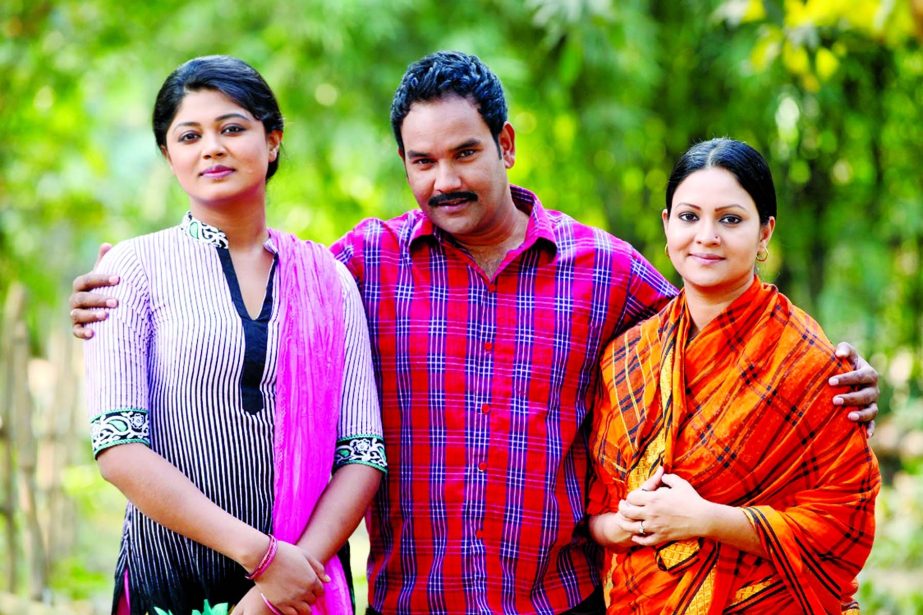 Entertainment Report :
In case of acting, Richi Solaiman is very serious now. She read out the script, in which she will perform, properly to give more time before two or three days of the beginning of the shooting.
Not only this Richi is also concentrate on taking meal according to the demand of her character in the play.
For this reason, when Richi stood in front of camera to take part in shooting in role of Laiju in Sokal Ahmed directed play Maznu Mia’r Bhat-er Hotel, which script was written by Matia Banu Shuku, presented members of the shooting unit and performers didn’t recognise she was Richi Solaiman.
Many food lovers gather the Maznu Mia’r Bhat-er Hotel due to Laiju’s cooking special brinjal curry. For this reason, selling at hotel is being increased day-by-day. But Maznu again marries Bilkis because in Laiju-Maznu’s conjugal family, there is no child. Then Laiju leaves Maznu’s house. At one stage, Bilkis becomes pregnant and gives birth a baby. But that baby becomes sick all on a sudden. Story of the play gets momentum.
In the play, Maznun Mizan performed in role of Maznu Mia, while Lux superstar Moushumi Hamid acted in role of Bilkis. Shooting of the play was done at Pubail in Gazipur recently.
While talking about the play Richi told this correspondent, “I don’t work without good story now. My role in this play is absolutely outstanding. I hope viewers will enjoy the play.”
Maznun Mizan shared his feelings by this way, “I have to wait to perform in this play for one year. Director Sokal has made the play very attentively and sincerely. I am requesting to the viewers to watch the play. Really many good plays are being made in our country now.”
Maznu Mia’r Bhat-er Hotel was produced by M2 Communications. It will go on air in any satellite channel on the occasion of upcoming Valentine’s Day.
On the other hand, January 23 is the birthday of Richi Solaiman. Though having no plan to celebrate her birthday in formally Richi is taking preparation to celebrate the day under homely arrangement.
From January 24 Richi acted drama serial titled Tumi, directed by Animesh Aich, will start to air on Banglavision.
Meanwhile, Maznun Mizan is performing in a double role for the first time in a TV serial titled Chandraboti, which is being aired on Channel 9 from every Saturday to Monday at 8:30pm. 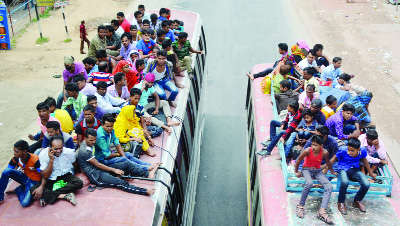 District watch in pictures: BOGRA: People are coming back to their respective workplace from Bogra after observing Eid holidays by riding bus roof. This snap was taken from Shahjahanpur area on Dhaka- Bogra Highway yesterday.

People getting benefits of massive developments