UNB, Dhaka :
Finance Minister AMA Muhith on Tuesday said the national budget for the current fiscal year (2013-14) would be revised likely by this February considering two factors-overall high target and less revenue collection.
“We’re going to revise this budget considering two factors – first, the last year’s performance was less than our estimation. As a result, the whole target was a bit high. Secondly, in the last two months, the economic activity has suffered, so there was a bit less revenue collections,” he told reporters at his secretariat office.
The Finance Minister earlier had a meeting with the high officials of the Finance Division, Bank and
Financial Institution Division, the National Board of Revenue (NBR) and the Economic Relations Division (ERD) under the Finance Ministry.
Asked how much the budget would be revised downwards from the actual outlay of Tk 2.22 lakh crore, he said that it is very tough now to pinpoint as the officials concerned have been asked to sort out the revised size and submit it so that it could be finalised in February. He also hinted that the ADP outlay would also be downsized.
Muhith on June 6, 2013 placed the Tk 2,22,491 crore national budget for the current fiscal year (2013-14) in parliament eying a 7.2 percent GDP growth rate.
The budget also set a revenue income target of Tk 1,67,459 crore which is 14.1 percent of GDP, of which NBR tax revenue is Tk 1,36,090 crore (11.4 percent of GDP).
The revenue from non-NBR sources has been estimated at Tk 5,129 crore (0.4 percent of GDP). Besides, Tk 26,240 crore (2.2 percent of GDP) will be collected as non-tax revenue (NTR).
About the outcome of yesterday’s meeting, Muhith said the total financial scenario in the coming years, how to mobilize resources, how to bear expenditure, various targets and internal guidelines came up for discussions in the meeting.
About the revenue collection in the last six months, he said the shortfall was against the target, but not against last year’s performance. He also reasoned that the government is going for revising the revenue collection target for this fiscal as it has automatically become too big.
Asked about the possible government plan to recover the losses due to frequent hartals and blockades by the BNP-Jamaat to thwart the 10th parliamentary election, the Finance Minister said, “The plan is one, which is to restore fully the law and order situation. If you ensure law and order, then things will move in its own speed. The foreign investors are coming and as soon as the law and order improves, they’ ll come back in a big way.”
Muhith told another questioner that the package for the RMG sector, including the BGMEA and BKMEA, is yet to be announced and the matter could go up to the Prime Minister. 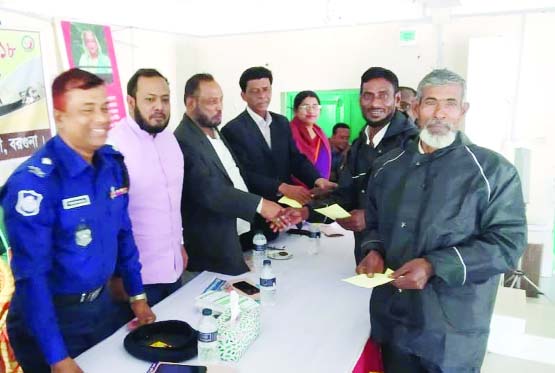 Corrupt practice should be stopped in Chattogram Port