Reception to ministers by closing schools

LINING students at road sides in long queues – be it in hot or cold weather – to accord receptions to Ministers and MPs has become part of a socio-political compulsion in rural Bangladesh. It also happens in the cities. To do that school managements ask hundreds of students of their institutions to leave their class rooms and keep on waiting for the leaders for hours together in the open air. This is a clear violation of the government rules. A 2009 government order prohibits the closure of educational institutions and queuing of students on road sides as a breach of law. It can’t be practiced. But leaders’ receptions can’t become fairly successful without the gathering of innocent children and without receiving banquets from their hand. Physiologists however say that the attendance of young students in political programmes is harmful to their psyche. Wild maneuvering of political cadres may have an adverse impact on them. It may moreover insert a sense of politicization in young minds which is not good for their free mental growth. News reports published on Wednesday said, Ministers and MPs were accorded receptions by local units of the ruling Awami League at Kabutor point of the Dhaka-Chittagong highway, Alipur Moore of Faridpur, Ishwardi, Senbagh-Sonaimuri and at Chittagong Hill Tracts last week. On those occasions hundreds of students were forced to line up on both sides of the roads defying fog and cold weather. School and college management shut their institutions and suspended classes to facilitate the students’ attendance to receptions.
Academicians say students should not be used to accord reception to lawmakers and ministers by closing their classes. They are clearly against it. But the abuse of the students of schools and colleges is on the rise again in recent weeks after the formation of the Awami League led new government. News reports regularly highlight a spate of receptions all over the country to MPs and Ministers and the gathering of students to such receptions in long roadside queues.
Boys and girls are compelled to stand in the row with flowers. They throng the meeting place during class time in school uniforms. Local ruling party men also stage showdowns with hundreds of motorbikes and microbuses on the occasion, setting up gates and arches on road and highways. Some of those receptions took place recently in dense fog and shivering cold. Parents do not like their kids to be exposed but they are helpless. Students say their teachers send them to such gatherings. This is because either they are party loyalists or they have their obligations. If they fail they may face cancellation of government MPO benefits of salary. So teachers also attend the event to show their loyalty to political leaders who visit the area at the cost of the day’s teaching. We urge the government to strictly implement the rule that students can’t be forced to queue up at road sides and join receptions to political persons. We believe that the authorities will take initiatives immediately to stop using students in political formation whatever may be its purpose. 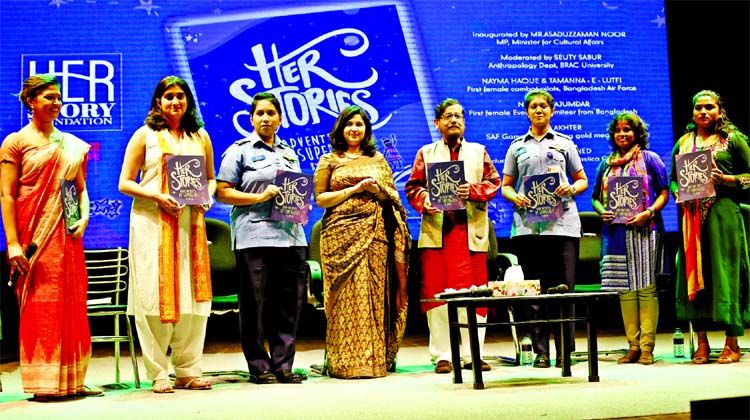 RANGPUR: The low- lying areas being inaundated again causing immense sufferings to the affected people folliowing deterioration of the flood situation in several northern districts on the Brahmaputra basin on Wednesday.