Campus Report :
Rear Admiral of Navy, ASMA Baten has been appointed as the first Vice-Chancellor (VC) of Bangabandhu Sheikh Mujibur Rahman Maritime University. The government has also appointed Registrar, Treasurer for the university. Commodore Khandakar Toufikujjaman appointed as the Registrar and Commodore ANA Rejaul Haque appointed as the Treasurer.
The President and the Chancellor has appointed them, informed by notification of the Ministry of Education. The Vice-Chancellor and the Treasurer has been appointed for four years. The current government takes steps to establish Bangabandhu Sheikh Mujibur Rahman Maritime University at Anwara, Chittagong. 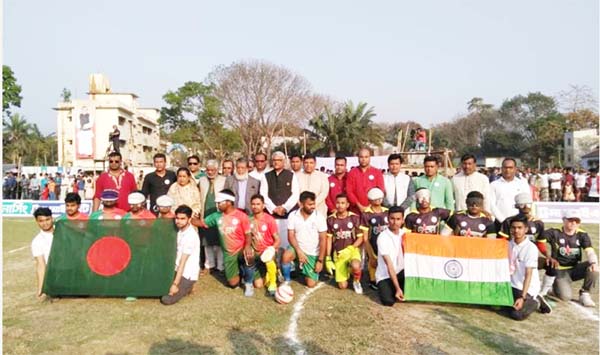 Uthsharga Foundation Bangladesh Blind Football team and Association for the Blind of Bengal Football team of India pose for a photo session after playing a friendly football match at Santhia Upazila in Pabna District recently. The match ended in a 1-1 draw. After the match, Deputy Speaker of the National Parliament Advocate Md Fazle Rabbi Mia distributed the prizes among the participants. Advocate Shamsul Haque Tuku, MP, and Chairman of Uthsharga Foundation of Bangladesh Md Imrul Kayes were present at the time, among others. The football match was held marking the Birth Centenary of Bangabandhu Sheikh Mujibur Rahman.