Once, hockey was a very popular game in Bangladesh. Sports audiences swarmed to the stadiums all over the country to enjoy the league and tournament matches. The inter-school and the inter-college hockey competitions were regular affairs, but sadly with the passage of time, it began to lose ground, and the situation is such that the hockey stadium remains almost empty, the newspapers and the television channels give modest coverage while the hockey federation does not think much about hockey.
To improve the condition, the government should take initiative and ask the federation to devise a five-year plan. Holding of international tournament is not enough if the federation and the local players are not guaranteed financial security. Obviously hockey which is the national game of both Pakistan and India is not in its previous position in these two countries. Pakistan won the World Cup highest four times, latest in 1994, and India lifted only one time and the year is 1975. Thereafter, the World Hockey Federation drafted some new rules and introduced artificial turf in order to end the supremacy of Asia and got the result.
Still we should work to make hockey a medal earning game.
P. Rozario
Banani,
Dhaka 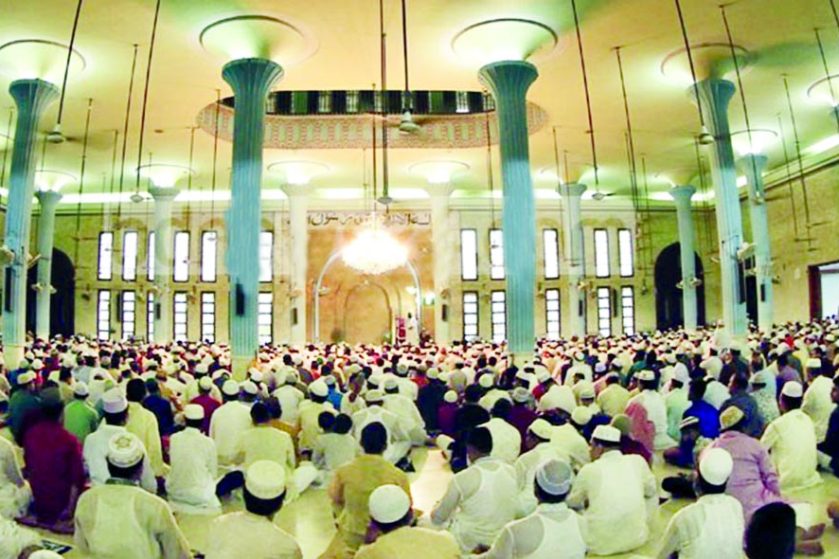 Thousands of Musallies offer Eid-ul-Azha prayer at Baitul Mukarram National Mosque. This photo was taken from inside the mosque on Tuesday.