The re-voting in 390 polling stations of seven constituencies in five districts will be held on Thursday. The constituencies are Dinajpur-4, Gaibandha-1, 3 and 4, Bogra-7, Jessore-5 and Laxmipur-1.The re-voting will be held from 8am to 4pm without any break in 57 polling stations out of 120 of Dinajpur-4, 54 out of 109 of Gaibandha-1, 80 out of 130 of Gaibandha-3, 72 out of 130 of Gaibandha-4, 46 out of 161 of Bogra-7, 60 out of 122 of Jessore-5 and 21 out of 81 of Laxmipur-1. Meanwhile, the re-voting in two stations out of 106 of Kurigram-4 was postponed following a court order.AL candidate Zakir Hossain who bagged 30544 votes while his nearest rival Jatiya Party-JP candidate Ruhul Amin polled 23946 in 104 centres out of 106 in Kurigram-4 constituency.As Zakir Hossain filed a petition with the High Court seeking recount of votes cast on January 5, the court postponed the re-voting in the two stations for four weeks.There are 7252 votes in the two polling stations but the margin of vote gap between the two candidates is 6598.To facilitate the vote casting, public holiday has been announced for Thursday in the constituencies.Awami League candidate former foreign minister Abul Hasan Mahmud Ali and Bangladesh Workers’ Party candidate Enamul Haque Sarkar are contesting the polls in Dinajpur-4 constituency, while AL candidate Monzurul Islam Liton, Jatiya Party candidate Abdul Kader Khan, Jatiya Party-JP candidate Rozia Begum and independent candidates Sohel Rana Sona and Syed Khurshid Jahan in Gaibandha-1, AL candidate Yunus Ali Sarkar, Jatiya Party-JP candidate Fazle Karim Ahmed Pallab and independent candidate SM Khademul Islam Khudi in Gaibandha-3, and AL candidate Monwar Hossain Chowdhury and independent candidate Abul Kalam Azad in Gaibandha-4.Besides, Jatiya Party candidate Muhammad Altaf Ali and Jatiya Party-JP candidate ATM Aminul Islam in Bogra-7, AL candidate Khan Tipu Sultan and independent candidate Swapan Bhattacharya in Jessore-5, and Jatiya Party candidate Mahmudur Rahman Mahmud, Bangladesh Tarikat Federation candidate MA Awal and independent candidate Shafikul Islam are contesting the election in Laxmipur-1.On January 5, the voting in 392 polling stations was suspended due to widespread violence during the country’s 10th parliamentary elections.Alongside the law enforcing agencies, including Police, RAB, Ansar and BGB, the members of armed forces remain deployed in the election areas as striking force. The army personnel will remain deployed in the polls areas till January 17.Election Commissioner Shah Nawaz on Wednesday said the army personnel had been discharging their duties in the election areas. They will patrol around the polling centres to prevent any untoward incident. 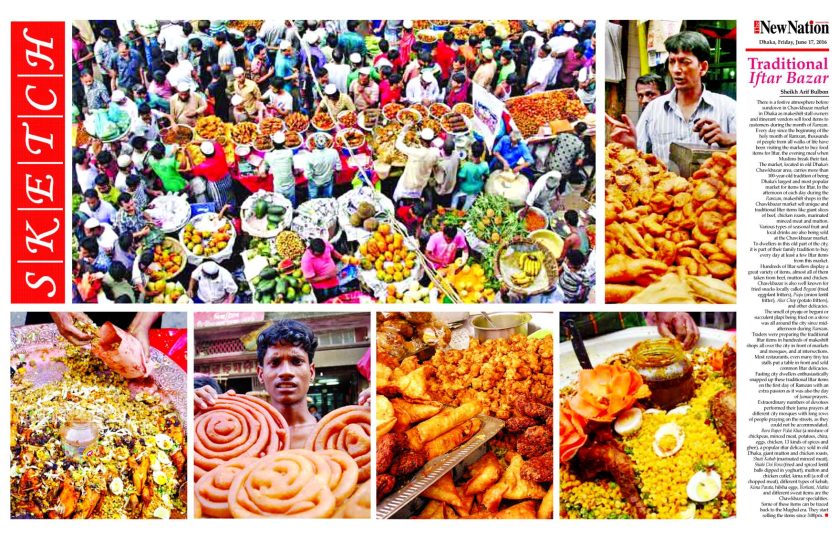 Hundreds of vehicles remained stuck in huge tailback on both sides of road due to heavy rain and thundershowers from early Thursday, causing immense sufferings to commuters and pedestrians as well for hours. This photo was taken from Farmgate area.