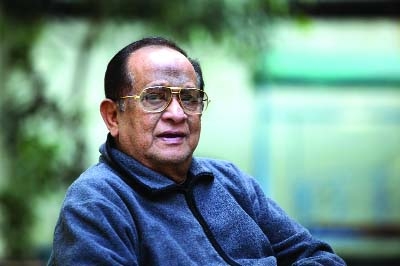 Entertainment Report :Today is the birthday of living legend of the country’s film industry hero Razzak. He will turn 73 today. Though having no special arrangement Razzak will celebrate the day with homely arrangement. While talking in this regard Razzak told this correspondent, “Now I am oldman. In this age, to remain physically well is the main thing. Everybody pray for me as I can remain well, stay well. I am also praying for all to stay safe and well. Though there was bad time in the middle period, but situation is being changed day-by-day. Now very good movies are being made. I have requested to the viewers to go to cinema halls to watch movies. When they will go to cinema halls to watch movies our film industry will again revive.”It may be mentioned that though Razzak will pass the whole day along with his family members, in evening he has to attend a programme on late Suchitra Sen, which is going to arrange by the Indian High Commission. He will recall the memories of Suchitra Sen in the programme.Razzak firstly got the National Film Award to perform in movie Ki Je Kori. Later he received this award for four times. He got the Lifetime Achievement Award in the National Film Award in 2011. Therefore, he got BACHSHASH Award for many times. Razzak is not only a successful actor but also a director. Ayna Kahini was his last directed movie. Now he takes part in acting a little bit. As hero, Razzak firstly performed in Zahir Raihan directed movie Behula. Suchanda performed against him in the movie. His two sons -Bappa and Samrat are closely attached with film industry.