President Abdul Hamid and Prime Minister Sheikh Hasina on Thursday greeted the Muslims both at home and abroad on the occasion of the Bishwa Ijtema, one of the largest religious congregations of the Muslim world. In separate messages the President and the Prime Minister wished every success of the Ijtema.
President Abdul Hamid in his message said, the ideology of Islam, a religion of peace and wellbeing, always directed the entire humanity towards goodness and virtue. “The Bishwa Ijtema, being arranged peacefully in Bangladesh for years, has brightened the image of the country in the Muslim world,” he said.
The Prime Minister, in her message, said the Bishwa Ijtema has a very important role in spreading and promoting the essence of Islam.
She hoped that the guests of the Bishwa Ijtema would carry the message of religious tolerance, secular spirit and hospitality of the people of Bangladesh to their respective countries.
The religious congregation will keep a pioneering role in establishing world peace, the Prime Minister said adding that the Bishwa Ijtema would help strengthen the unity, solidarity and fraternity of Muslim Ummah and all people across the world. 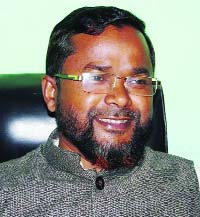 I find it interesting: Alison Brie on playing She-Hulk