AFP, Lisbon :
Tens of thousands of people turned out in the rain on Monday to say a final farewell to Portuguese football legend Eusebio, who grew up in grinding African poverty to become one of the world’s greatest players.
Mourners lined the streets of Lisbon and applauded as the black hearse carrying Eusebio’s coffin, draped in the red and white colours of his club side Benfica, passed by in a funeral cortege broadcast live on TV.
Earlier, about 10,000 mourners applauded and cheered as six pall- bearers carried the coffin and placed it on a golden plinth in the centre of the pitch at Benfica’s “Stadium of Light”.
The coffin remained on the plinth for only a few minutes before it was carried around the stadium in the hearse as Italian tenor Andrea Bocelli’s “Con te partiro” was played from loudspeakers.
Mourners, many in tears, threw red and white Benfica scarves on the hearse and waved red and green Portuguese flags as it passed by, crying out: “Eusebio, Eusebio”.
“Eusebio was out of this world like (Cristiano) Ronaldo and (Lionel) Messi. He will be Benfica’s eternal myth,” said Benfica coach Jorge Jesus.
Fans left flowers, handmade posters and Benfica scarves at a statue of the player that sits outside the stadium.
Flags flew at half mast across Lisbon, with the Portuguese government decreeing three days of mourning for Eusebio da Silva Ferreira, who died of a heart attack early Sunday aged 71.
“Portugal has today lost one of its most beloved sons, Eusebio da Silva Ferreira. The country mourns his death,” President Anibal Cavaco Silva had said. 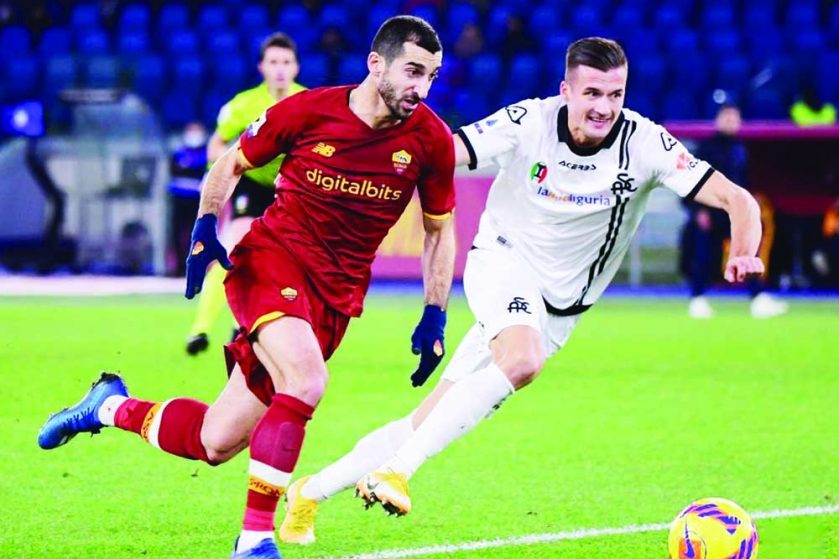