Chittagong Bureau :
The dawn to dusk hartal as called by Chhatra Shibir, the student wing of Jamaat-e- Islami passed off peacefully in the port city yesterday.
The strike was called by chatra shibir protesting the killing of chatra shibir leader of Chittagong University Unit.
Deputy Police Commissioner of CMP, Masudul Hasan told that no untoward situation as yet reported in anywhere in the city but BGB and police forces have been deployed in important points of the city.
Rickshaws, auto-rickshaws, tempos, city buses seen plying as usually but the long route buses remain stranded during hartal hour.
No consignment from the port delivered due to disruption of transports but internal activities of the port was operated normally. 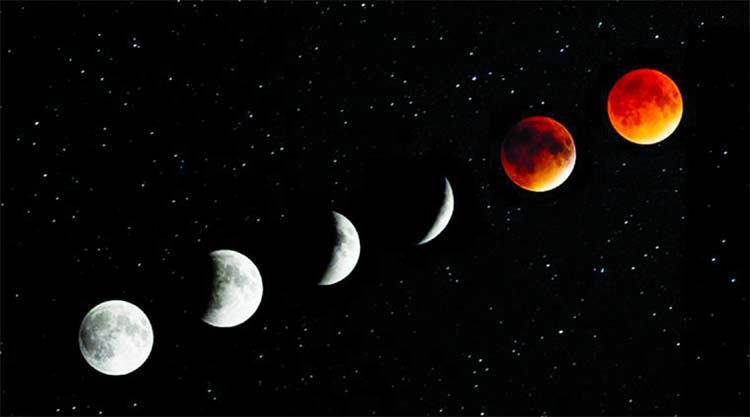 Chandra Grahan or Lunar Eclipse: Why we call it the Blood Moon Eclipse?