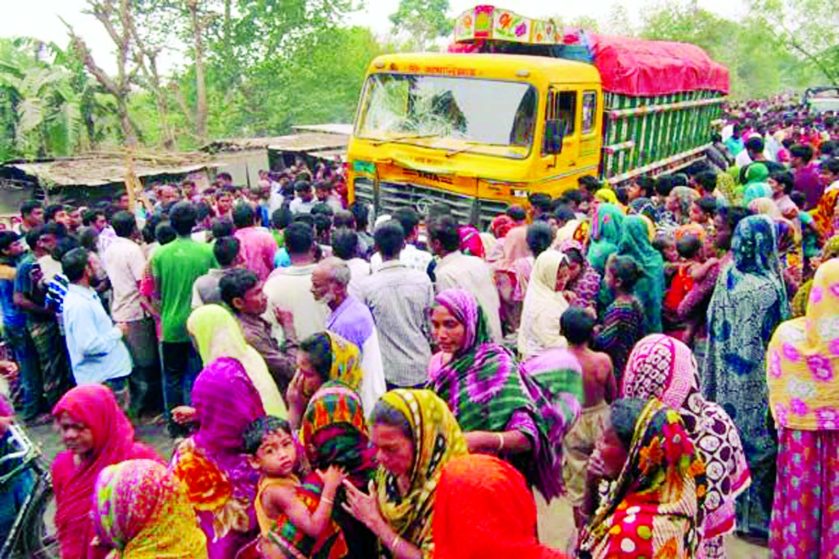 13 people killed and ten others were injured in a fatal road accident at Joyrampur Battala on Chuadanga-Jessore road in Damurhuda Upazila on Sunday morning.