Ramon Bibi, mother of Nuruddin Ahmed, General Secretary of Bangladesh Photo Journalists’ Association died at Square Hospital in the city on Friday. She was 90.She left behind four sons, two daughters and a host of relatives to mourn her death.She was buried at her family graveyard in the city’s Shajahanpur on Friday after Namaz-e-Janaza.A Doa Mahfil will be held at Shahidbagh Jame Mashjid in the city after Asr Prayers on January 21 next for the salvation of the departed soul. 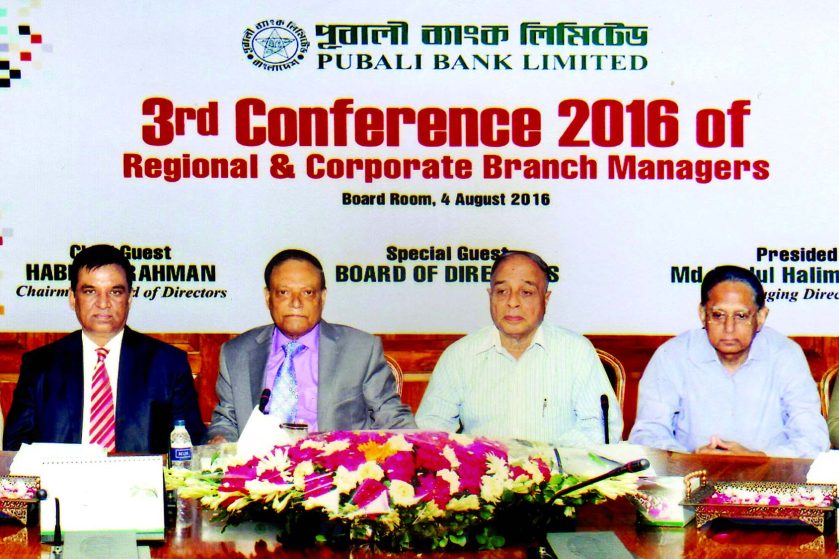 The 3rd conference- 2016 of Regional and Corporate Branch Managers of Pubali Bank Limited held in the city on Thursday. Habibur Rahman, Chairman, Board of Directors of the Bank was present as Chief Guest. Azizur Rahman, Vice-Chairman and Syed Moazzem Hussain and Monzurur Rahman – Directors and Md. Abdul Halim Chowdhury, Managing Director of the bank were also present at the conference.

One lakh skilled drivers by 5 yrs

60 landless families got houses as Eid gifts in Bijoynagar