Property worth Tk 10 lakh gutted in Jhenidah
Jhenidah Correspondent
A devastating fire at Katlagari Bazar under Shailkupa upazila in Jhenidah gutted properties worth Taka 10 lakh from four business establishments on Friday early morning. The fire originated from the short circuit of electric lines, the fire fighters said. Affected business establishments owners are Anisur Rahman, Ruhul Amin, Rafiqul Islam and Kawser Ali at Katlagari Bazar under Shailkupa upazila of the district. Fire fighters unit officer Hashem Ali of Sailkupa fire station said, the fire originated from the short of electric line at about3. 00 AM that spread faster and damaged four business establishments. The figure of loss was primarily estimated at Taka 10 lakh, he added.
Math festival held in Jhenidah
A grand math festival was held at Jhenidah Wasir Ali Secondary School ground on Friday . About 800 students participated in the programme. The students of five districts that include Jhenidah, Magura, Kushtia, Meherpur and Chuadanga.. The Prothom Alo and Dutch Bangla Bank jointly organized this festival. Jessore Education Board Chairman Amirul Alam Khan inaugurated the festival while Habibur Rahman,Headmaster of Wasir Ali Secondary School and Saiful Islam headmaster Wasir Ali govt. primary school were also present at the ceremony. Besides, Olympiad Math Department General secretary Monir Hasan was also present at the festival. The students took part in math test examination and quiz contest. 50 students have been selected. The selected ones will be able to contest in Dhaka math festival. The students who will be selected at the division level will be able to go South Africa.
Body recovered in Chapainawabganj
Chapainawabganj Correspondent
Police of Shibganj thana recovered a dead body from Harinagar under Shibganj upazila in Chapainawabganj district on Friday morning.The dead body was identified as Moyej Uddin, 51, son of late Aftab Uddin of Moharajpur under Chapainawabganj sadar upazila. Officer-in-charge (OC) of Shibganj thana SM Mizanur Rahman said, being informed by the local sources, police rushed to the spot and saw the dead body lying in a ditch near the road at Fatapara near Harinagar High School and recovered it at around 9-30 am. He added that Moyej was mentally imbalanced.
One held with arms, ammo in Chapainawabganj
Members of Border Guard Bangladesh (BGB) detained one person and recovered two pistols, 14 rounds of bullet and four magazines from his possession at Chatrajitpur under Shibganj upazila of the district on Friday afternoon.The arrested person was identified as Shamim, 28 of Parchowka village under Monakasha union of Shibganj upazila in the district.Commanding officer of 9 battalion of BGB Lieutenant Colonnel Manjurul Alam said, acting on secret information, a patrol team of BGB raided the aforesaid area at around 3 pm and held him with the arms and ammunition.
Shoe factory gutted in N’ganj
NARAYANGANJ: A fire broke out at a shoe factory in Pagla Taltala area of Sadar upazila on Friday evening. Witnesses said the fire broke out in the factory warehouse on the second floor of a five-storey building around 6:30 pm and soon engulfed the entire floor. Being informed, two fire fighting units rushed in and doused the flame after half an hour of frantic efforts. Mamtaz Ahmed, deputy director of Narayanganj Fire Service and Civil Defense, said huge raw materials, including leather, were gutted by the blaze but the extent of losses caused by the fire could not be ascertained immediately, reports UNB. 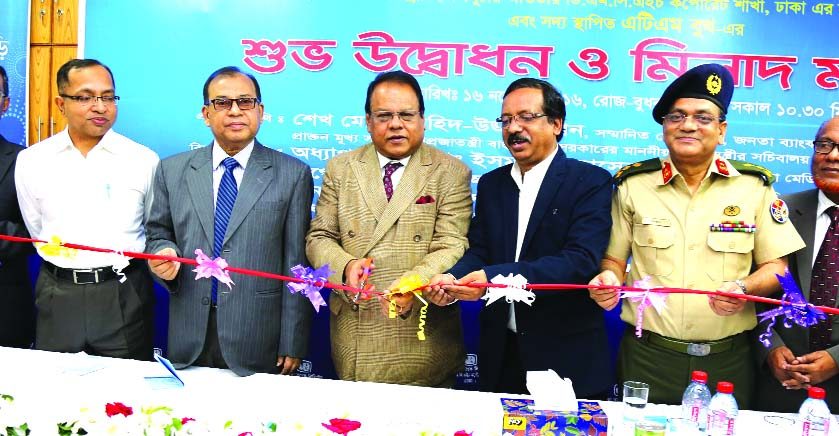 Prime Minister Sheikh Hasina takes salam from her official Ganabhaban residence through video conference marking the President Parade-2020 of the passing out cadets of the 79th BMA Long Course at a ceremony organised at the parade ground of the Bangladesh Military Academy, Bhatiary, Chattogram on Thursday,