Land Minister accorded reception in Baraigram
Baraigram (Natore) Correspondent
Land Minister Samsur Rahman Sharif (Dilu) was accorded reception at Razapur under Baraigram upazila recently. On the occasion, a function was held. Among others Gopalpur UP Chairman presided over the function. AL Upazila Vice Chairman Dr. Siddikur Rahman Patwari, former Chandi UP Chairman Ataur Rahman, Motaleb Hossain, Abdul Khalek and Golam Hossain addressed the function.
CI sheets, cheques distributed in Chapainawabganj
Chapainawabganj Correspondent
Corrugated Iron (CI) sheets and cheques were distributed among the disabled and erosion and flood-hit people on Thursday in Chapainawabganj. These were distributed under the supervision of Chapainawabganj Sadar upazila parishad. Abdul Wadud MP distributed the CI sheets and cheques among 57 families as chief guest in a function at the upazila parishad premises. Each family got one bundle of CI sheets and cheque of Tk. 3,000. Among others, chairman of Chapainawabganj sadar upazila Md. Ruhul Amin, upazila nirbahi officer Dr. Chitralekha Naznin and vice chairman Ziaur Rahman Tota were present.
NBR Member visits Naogaon Library
Naogaon Correspondent
A member of Admin, National Board of Revenue and Admin Mr. Hossain Ahmed visited Naogaon Badalgachi Public Library recently. He was pleased to know that the contained more than collection of 1000 books. Among others Margob Ahmed, Rajshahi Customs Commissioner, Mr. Shafiqul Islam, former Naogaon Zilla Customs Officer were present at the time.
10 kgs ganja recovered from Mongla Port area
Bagerhat Correspondent.
A contingent of the coastguards of the western zone deployed at Mongla seized some 10 kgs ganja from the lounge ghat of the river Pashur at Mongla Sea Port on Wednesday. Source informs that coastguards that acting on a secret information a contingent of the coastguards raided the lounge ghat area of the port town on the day at 10 am. But guessing the appearance of the coastguards the drug traders fled away from there just before the arrival of the coastguards. Then the members of the coastguards recovered 10 kgs ganja from there. The market price of the ganja is Tk.3 lakh. The seized gang was handed over to the appropriate authorities for taking legal action.
40 bottles of Indian liquor seized in Sunamganj
Sunamganj Correspondent
Members of Border Guard Bangladesh (BGB) seized 40 bottles of Indian liquor worth Tk 60,000 from Masimpur Uttarpara village in Bishwambharpur upazila on Saturday.
Acting on secret information, a team of BGB conducted a drive in the area and seized the liquor in an abandoned condition at about 10:00am, said Habildar Rafique of Masumpur BoP camp-8. However, no one was arrested in this connection.
One killed in Kishoreganj road crash
Kishoreganj Correspondent
One person was killed and two others were injured in a road accident in Khilpara Biswa Road area in Sadar upazila on Friday night. The deceased was identified as Sourav, 22, a resident of Alor Mela area of the district town. Abdul Malek, officer-in-charge of Kishoreganj Model Thana, said a motorcycle carrying the trio collided head-on with a tractor in the area when they were going to Kishoreganj from Hosenpur upazila at about 9:00 pm, leaving Sourav dead on the spot and two others injured. The injured were rushed to a local hospital. Police recovered the body and sent it to hospital morgue for an autopsy. A case was filed in this connection. 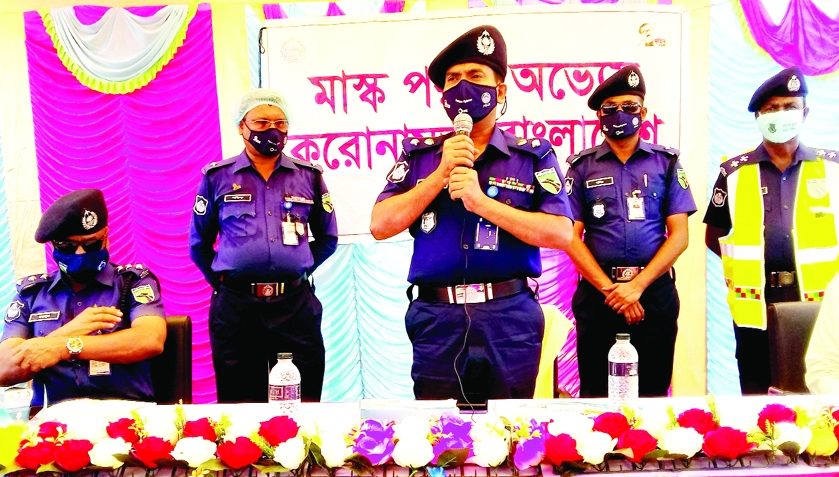 Bangladesh`s cricketers celebrate a famous victory over England on the 3rd day of 2nd Test at the Sher-e-Bangla National Cricket Stadium in Mirpur on Sunday.