Campus Report :
Two researchers of Bangladesh Agricultural University (BAU) invented two (White and Colorful) new species of delicious broiler chicken for the first time in Bangladesh.
Prof Dr Ashraf Ali and Assistant Prof Dr Bazlur Rahman Molla of BAU got the credit of inventing the new species. They use domestic Germplasm to develop two varieties of high yielding species of delicious meat and rapidly growing broiler chicken production to reduce the dependence on imports of broiler chicken.
The broiler chicken production of Bangladesh depends entirely on imports. Almost 90 crore Tk. would reduce the cost of imports per year if the new two species produced. Poultry researcher of BAU, Professor Dr. Ashraf Ali and Assistant Professor Dr. Bazlur Rahman Molla invented the two new species named BAU-Bro White and BAU-Bro Color in SPGR Project financed by Bangladesh Agricultural Research Council (BARC).
Researcher Dr Ashraf and Dr Molla said, production capacity of Broiler parent stock invented by selective breeding from locally collected cock-chicken are equivalent to the other Broilers imported from abroad. Imported parent broiler suitable for the temperate countries is being in a problem to cope with the Bangladeshi weather.
That’s why the disease and the cost of production are increases. And Broilers available in the market is soft and not tasty as the domestic chicken meat as it was disliked by many. Researcher Dr Molla said there is no nutritive difference in chicken invented by us and imported from abroad. The cost of the farmers to produce chickens will significantly decrease.
These two inventions were born with respect of domestic poultry and Broiler. Meats of BAU-Bro White have soft nature and meats of BAU-Bro Color have strong nature. 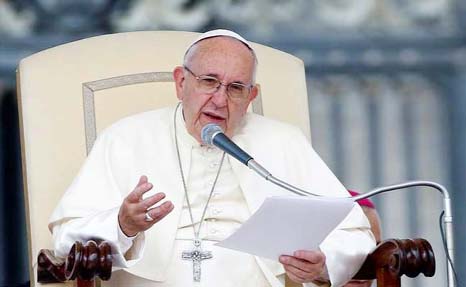 No more violence in God’s name, Pope says on visit to mosque