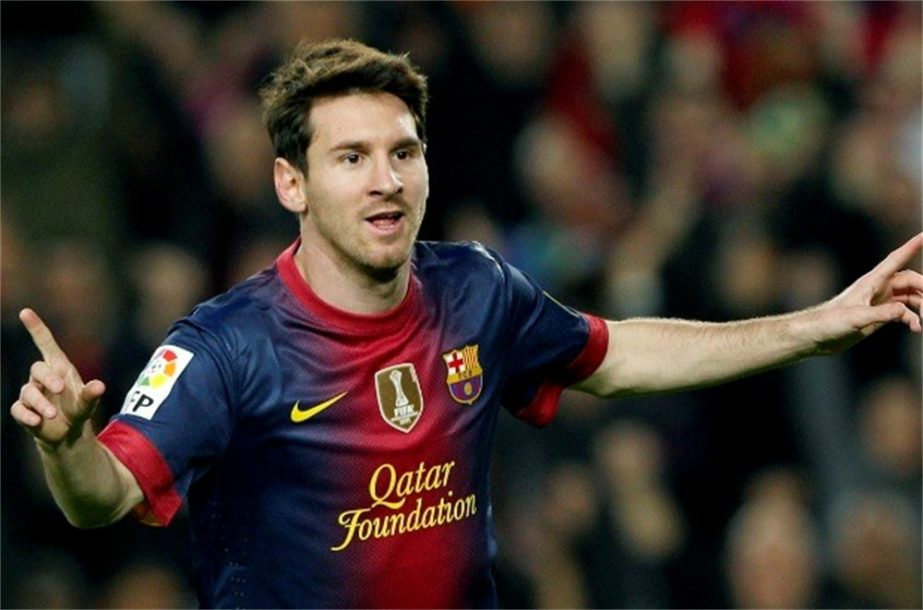 AFP, Madrid
Barcelona coach Gerardo Martino believes Lionel Messi has fully recovered from a hamstring injury that kept him out for two months and will soon be back to his best.
Messi is expected to start as Barca travel to Levante in La Liga on Sunday after scoring twice in his first start of 2014 as Barca sealed their place in the Copa del Rey quarter-finals with a 2-0 win away to Getafe in midweek.
The four-time World Player of the Year’s second goal in particular was spectacular as he dashed past three Getafe defenders before rounding the goalkeeper and finishing from a narrow angle.
Martino had been cautious not to rush his compatriot’s return and he even left him on the bench for last weekend’s top of the table clash away to Atletico Madrid.
However, he believes the mini pre-season Messi did while he was out injured should prepare him well for the second half of the season.
“From the point of his unfortunate injury, he has done different work from the rest of the squad. What the rest were doing in July and August, he is doing now,” he said.
“A footballer like him, with such talent and who is mentally strong, is ready to show us his best form.”
A draw against Atletico in Barca’s last league outing left them still tied with Diego Simeone’s men on 50 points at exactly the midway point in the season.
And with Real Madrid just three points behind in third place, Martino echoed Madrid coach Carlo Ancelotti’s comments that the eventual champions may have to surpass a league record total of 100 points to win the title.
“The situation is going to be close and if all three teams maintain their consistency, it will take more than 100 points to win the championship.”
Brazilian forward Neymar misses the trip to Levante as he has been ruled out for up to four weeks after he sprained his right ankle against Getafe on Thursday.
Andres Iniesta is also left out of the squad as he continues to recover from a knee knock and Dani Alves is suspended so Martin Montoya is expected to start at right-back.

Lawyers, journalists must give up being party activists –Barrister Mainul

Staff Reporter :Barrister Mainul Hosein addressing yesterday at a discussion on “Seven years of Separation of the Judiciary: Expectation and Achievement,” has expressed that democracy is saved and protected by the educated people everywhere like lawyers and journalists. Unfortunately, our lawyers and journalists chose to become party activists of either of the two major parties forgetting their national role as conscientious fighters for the cause of democracy. It is no surprise that democracy lost its way and we, as a...
November 9, 2014