There is mounting criticism of the New Zealand government for getting a 60-seat boat built cheaply in Bangladesh instead of getting it locally.
Radio New Zealand says the Ministry of Foreign Affairs and Trade (MFAT) commissioned the aid-funded ferry for $8 million from Bangladesh to replace a vessel linking the New Zealand territory of Tokelau to Samoa.
The vessel sails every fortnight.
Kim Campbell, chief executive of the Northern Employers and Manufacturers Association, believes the boat-building industry in New Zealand has not been treated fairly.
“If the Government right from the beginning had said, ‘Look, we’re going to give this to the cheapest, it’s going to be a race to the bottom, it’s going to be less than $10 million’ – I think pretty much everybody in New Zealand would’ve rolled up their quills and pens and gone home and done something else.
“But I understand the industry up and down New Zealand spent a lot of time and money trying to participate in a process that was clearly flawed from the beginning.”
The Marine Industry Association said the ferry would have cost $14 million to $15 million to build in New Zealand.
Director Peter Busfield said the Government did not consider the country’s possible economic gain by having it made locally.
Workers in Bangladesh are paid very little, he said, and not enough is known about the boat-building industry there to be sure that the work will match the standards expected in New Zealand.
Economic Development Minister Steven Joyce said an overseas bid to build the ferry was almost three times cheaper than anything in New Zealand.
He told Radio New Zealand’s Summer Report programme on Tuesday that the lowest New Zealand bid was about $23 million.
Joyce said it would be up to the Ministry of Foreign Affairs and Trade to make sure there was no cost blow-out.
That ensured Bangladesh got the order for the ferry-and might do so again from other countries with similar orders to offer and problems of high local manufacturing costs. 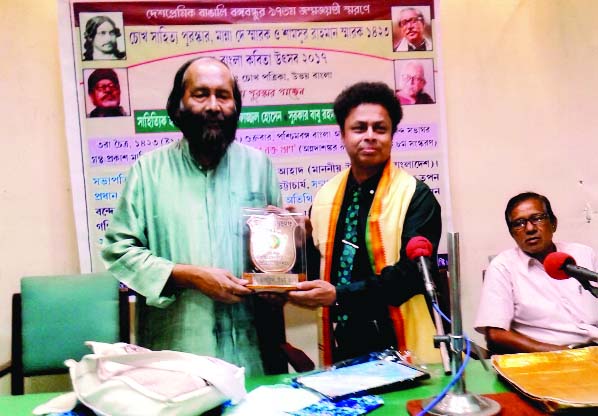 Poet Kafi Sheikh being awarded with ‘Shamsur Rahman Commemoration’ in poetry at a ceremony held recently at Rabindra Sadan in Kolkata.

Monir Smriti Sangsad formed a human chain in front of Rangamati DC Office demanding punishment to the killers of Monir on Wednesday.

Foreign assistance must be part of primary dialogue