Liz Truss to be UK’s next Prime Minister

She vows to deal with energy crisis 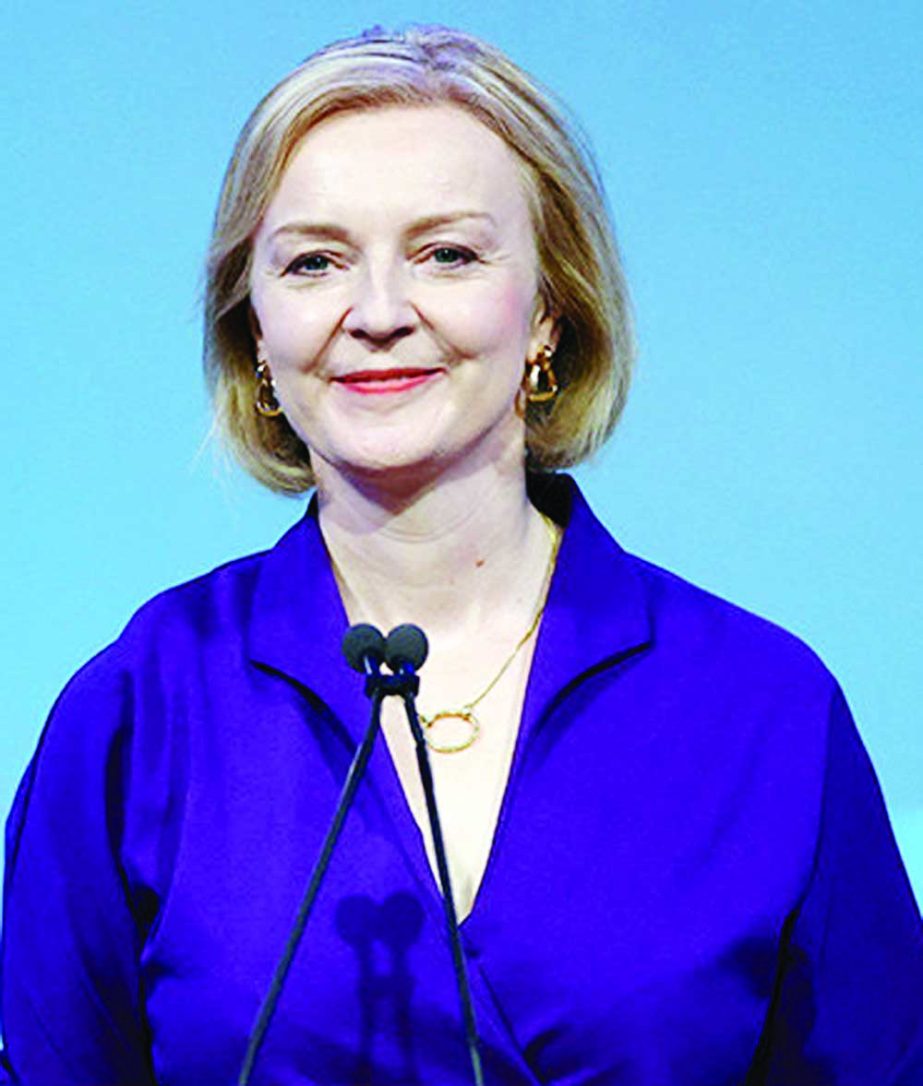 BBC Online :
Liz Truss has promised to take action to deal with surging energy costs after winning the Tory leadership contest to become the next PM.
In a poll of party members, the foreign secretary defeated rival Rishi Sunak with 57% of the votes to his 43%, a narrower margin than expected.
She will succeed Boris Johnson on Tuesday after being formally appointed by the Queen.
The 47-year-old will become the UK’s third woman prime minister.
In her victory speech, she promised to deliver on the party’s 2019 election promises and defeat Labour at a general election in 2024.
She paid tribute to her “friend” Mr Johnson, adding he would be “admired from Kyiv to Carlisle” for his record in office.
“Boris, you got Brexit done, you crushed Jeremy Corbyn, you rolled out the vaccine and you stood up to Vladimir Putin,” she said.
She promised to “govern as a Conservative” by delivering a “bold plan to cut taxes and grow our economy”.
“I will deliver on the energy crisis, dealing with people’s energy bills but also dealing with the long-term issues we have on energy supply,” she added.
Her team is understood to have been working on a support package for weeks, with an announcement pencilled in for Thursday.
Industry sources expect the incoming government to back freezing bills, a move which would costs billions.
The move would not necessarily require upfront funding, however, with reports the government could cover loans to companies repaid by consumers over time in the form of higher fixed prices.
They are bound to – Boris Johnson was the very definition of a primary colours, performance prime minister.
But Liz Truss inherits the same challenges he was confronted by.
Governing when millions are confronted by unpayable bills. Governing during a war in Europe and in the aftermath of a pandemic.
And governing a party that’s already been in power for 12 years.
Speaking earlier, Labour leader Sir Keir Starmer called on Ms Truss to freeze prices, but said oil and gas firms should pay for the move through an expanded windfall tax on profits.
His party followed the Liberal Democrats earlier this summer in backing a freeze, along with the SNP.
Ms Truss inherits a flagging economy, with inflation at a 40-year high. She has blamed the UK’s tax burden for sluggish growth, and promised £30bn in tax cuts in an emergency Budget later this month.
Mr Sunak, the former chancellor, thanked his campaign supporters and called on them to unite behind Ms Truss when she takes office.
The campaign saw him attack her economic plans, warning her blueprint of tax cuts now could stoke inflation further and jeopardise the public finances.
He has said he will stay on as MP for the North Yorkshire constituency of Richmond for “as long as they’ll have me”.

Biden will push through infrastructure plan if no Republican support

Reuters :US President Joe Biden would be willing to push through his $2 trillion infrastructure plan without the support of Republican lawmakers if he cannot reach a bipartisan deal, Energy Secretary Jennifer Granholm said on Sunday.Granholm said Biden would prefer that his plan have Republican backing but, if that does not work, he would likely support using a procedural strategy called reconciliation to allow Democrats to pass it in the Senate.“As he has said, he was sent to the presidency...
April 6, 2021

Metropolis Gymnastics on Jan 20 in city