Reuters, Kiev :
Ukrainian protesters erected more street barricades and occupied a government ministry building on Friday, fuelling tension after the failure of crisis talks with President Viktor Yanukovich.
In response to opposition calls, about 1,000 demonstrators moved away from Kiev’s Independence Square in the early hours of Friday and began to erect new barricades closer to presidential headquarters.
Masked protesters, some carrying riot police shields seized as trophies, stood guard as others piled up sandbags packed with frozen snow to form new ramparts across the road leading down into the square.
Opposition leader Vitaly Klitschko, after leaving a second round of talks with Yanukovich empty handed, late on Thursday voiced fears the impasse could now lead to further bloodshed.
At least three protesters have been killed so far – two from gunshot wounds – after clashes between protesters led by a hard core of radicals and riot police.
After speaking first to protesters manning the barricades, Klitschko then went to Independence Square where he declared: “Hours of conversation were spent about nothing. There is no sense sitting at a negotiating table with someone who has already decided to deceive you.
“I earnestly wish that there will be no bloodshed and that people are not killed … I will survive, but I am afraid there will be deaths, I am afraid of this,” the boxer-turned-politician said.
Three opposition politicians – Klitschko, former economy minister Arseny Yatsenyuk and far-right nationalist Oleh Tyahnibok – had tried to wring concessions from Yanukovich that would end two months of street protests against his rule.
A group of protesters took control of the main agricultural ministry building in the center. “We need the place for our people to warm up,” a local protest leader was quoted as saying by Interfax news agency.
Meanwhile, radical protesters near Dynamo Kiev football stadium – the new flashpoint in the city – cranked up their action, setting tires ablaze again and sending a pall of black smoke over the area.
There were no signs that protesters were heeding an appeal from general prosecutor Viktor Pshonka who said early on Friday that those so far arrested would be treated leniently by the courts if protest action was halted. 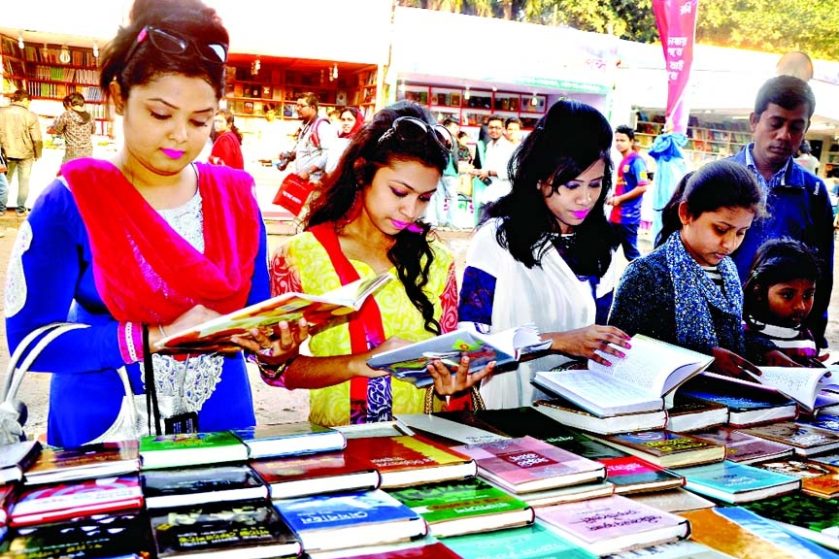 Ekushey Boi Mela continue to be the attracting venue of the book-lovers. This photo was taken from Suhrawardy Uddyan on Wednesday.