Reuters, United Nations :
UN chief Ban Ki-moon withdrew a last-minute invitation to Iran to attend peace talks on Syria on Monday after the Syrian opposition threatened to boycott this week’s conference if President Bashar al-Assad’s main sponsor took part.
Ending nearly 24 hours of confusion that dismayed diplomats who have spent months cajoling Assad’s opponents to negotiate, Ban’s spokesman said Iran was no longer welcome at the initial day of talks at Montreux, Switzerland on Wednesday.
The opposition immediately withdrew its threat to stay away from the conference known as Geneva-2. But the uproar over Iran, which has provided Assad with money, arms and men, underlined the difficulties of negotiating an end to a bloody, three-year civil war that has divided the Middle East and world powers.
Ban, his spokesman said, made the invitation to Iran after Iranian officials assured him they supported the conclusion of a UN conference in 2012, known as Geneva-1, which called for a transitional administration to take over power in Syria – something neither Assad nor Tehran have been willing to embrace.
Throughout Monday Iranian officials made clear that they were not endorsing that conclusion as a basis for the talks.
“The secretary-general is deeply disappointed by Iranian public statements today that are not at all consistent with that stated commitment,” Ban’s spokesman Martin Nesirky told reporters at a briefing.
“He continues to urge Iran to join the global consensus behind the Geneva Communique. Given that it has chosen to remain outside that basic understanding, he has decided that the one-day Montreux gathering will proceed without Iran’s participation.
While rebels and their Western and Arab allies see the 2012 accord as obliging Assad to step down, the Syrian leader has support from Iran in rejecting that view. Russia, too, though a participant in the 2012 accord and co-sponsor of this week’s first direct peace negotiations, says outsiders should not force Assad out. Moscow has said Iran should be at the talks.
Syria’s opposition National Coalition had said it would not take part if Iran did, threatening to wreck painstaking months of diplomatic effort in bringing representatives of the two sides to the table. It welcomed Ban’s change of heart.
“We appreciate the United Nations and Ban Ki-moon’s understanding of our position. We think they have taken the right decision,” Monzer Akbik, chief of staff of the coalition’s president, told Reuters.
“Our participation is confirmed for 22 January.
Expectations are low all round, but Western diplomats, some of whom had spoken of a “mess” and “disaster” after Ban’s unexpected invitation to Iran late on Sunday, said the talks could now provide some start to easing a conflict that has killed over 130,000 Syrians and made millions refugees.
“We are hopeful that, in the wake of today’s announcement, all parties can now return to focus on the task at hand, which is bringing an end to the suffering of the Syrian people and beginning a process toward a long-overdue political transition,” US State Department spokeswoman Jen Psaki said in a statement.
Washington had earlier called on the United Nations to rescind the invitation to Tehran.
Adding to clouds over prospects for accord, however, Assad said he might seek re-election this year, effectively dismissing any talk of negotiating an end to his rule.
Ban has said his invitation was based on an assurance from Foreign Minister Mohammad Javad Zarif that “Iran understands that the basis for the talks is the full implementation of the 30 June 2012 Geneva communique.”
But other officials appeared to contradict him before Iran’s UN ambassador issued Tehran’s unambiguous statement saying that the country would definitely not take part if it was required to accept a June 2012 deal agreed in Geneva. 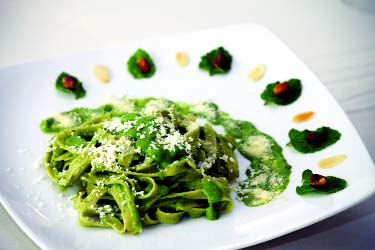 Govt should step down accepting its failures: Manna

US-Bangla to provide PPE to hospitals free of cost

US initiates talks with BD, Myanmar