Court Correspondent :A Dhaka court on Monday granted a two-day remand to police for questioning Ahmed Atique, diplomatic correspondent of the Daily Inqilab, and rejected the bail prayers of the other two arrested journalists of the newspaper.Magistrate SM Ashiqur Rahman of Dhaka’s Chief Metropolitan Magistrate(CMM) Court passed orders to send News Editor Rabiul Islam Robi and Chief Reporter (Current Charge) Rafique Mohammad to the jail.Earlier, the trio were produced to the court for hearing the bail petition following an appeal of the defence lawyer, Advocate Syed Ahmed Gazi.On the other hand, Sub-Inspector Firoz Ali, the Investigation Officer (IO) of the case, submitted a remand prayer to the CMM Court on Friday seeking a five-day remand for interrogating Atique. The case was filed under the International Communication and Technology (ICT) Act, 2006 alleging that the daily published a false and fabricated report on Thursday on joint operation in Satkhira district. The report damaged the country’s image as well as the law enforcement agencies’ image both at home and abroad.Police raided the daily’s RK Mission Road office in the capital, and arrested three journalists of the daily and sealed its printing press on January 16 in the evening. The case was filed with Wari Police Station. 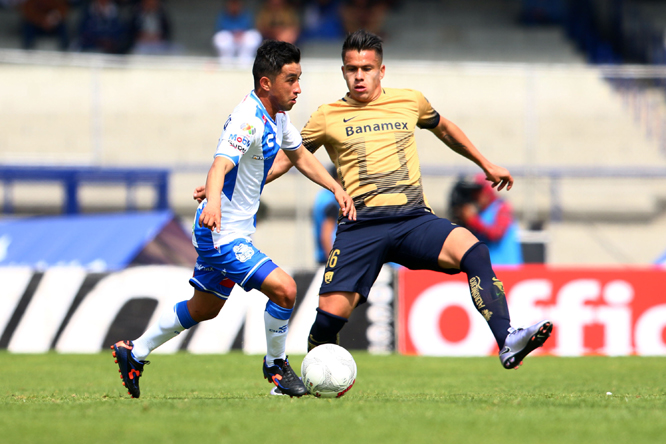 Pumas’ Marcelo Alatorre, (right) fights for the ball with Puebla’s Matias Ulustiza during a Mexican soccer league match in Mexico City on Sunday.