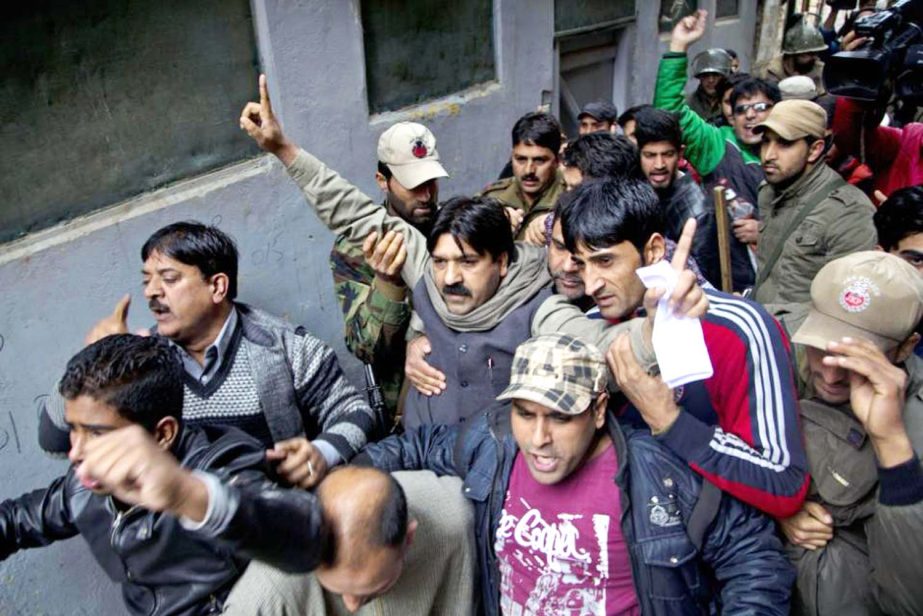 admin
AP, Srinagar :
Indian authorities detained key separatist leaders and hundreds of their supporters to prevent them from holding a protest rally during a visit by Prime Minister Narendra Modi to Kashmir this weekend, police said Wednesday.
Separatists have called for a march by a million people near the site of Modi’s public meeting in Srinagar on Saturday, challenging India’s sovereignty over the disputed region.
Separatist leaders Syed Ali Geelani, Mirwaiz Umar Farooq and Shabir Ahmed Shah have been put under house arrest, while Mohammed Yasin Malik has been detained at a police station, police said.
Preventive arrests are fairly common in the Indian-administered portion of Kashmir, particularly ahead of important events that authorities fear could be targeted by anti-India protests.
“Our rally is to showcase to the world that Kashmiris reject India’s brutal military occupation of Kashmir,” Geelani said in a statement.
Mufti Mohammed Sayeed, who rules the Indian portion of Kashmir in coalition with Modi’s Bharatiya Janta Party, said Modi “genuinely wants to win the hearts and minds of people” through the region’s development. Modi is scheduled to inaugurate a power project in the area and offer economic assistance.
However, a key pro-India Kashmiri leader, Omar Abdullah, denounced the arrest of hundreds of Kashmiri people. He tweeted that Modi’s “Srinagar rally will be historic – for the number of people arrested to make the rally possible.”
Government forces have rounded up about 300 people, mostly during night raids on their homes this week, a police officer said on condition of anonymity because he was not authorized to talk to the media.
Hundreds of troops have been checking government and private vehicles entering Srinagar, the main city in the Indian-controlled portion of Kashmir, for suspected militants or separatist activists.
Inspector-General Syed Javaid Mujtaba Gillani said the detentions were part of a “usual security drill” in the region.
“Police are taking precautionary measures as we apprehend breach of peace during the prime minister’s visit. There’s nothing unusual about these detentions,” he said.
Kashmir is divided between India and Pakistan, which both claim the entire region.
Separatist groups have been fighting for Kashmir’s independence or merger with neighboring Pakistan since 1989. An estimated 68,000 people have died in the fighting and the ensuing crackdown by Indian forces.
Kashmiris often express their opposition to Indian rule through street demonstrations since Indian troops largely suppressed the armed uprising. 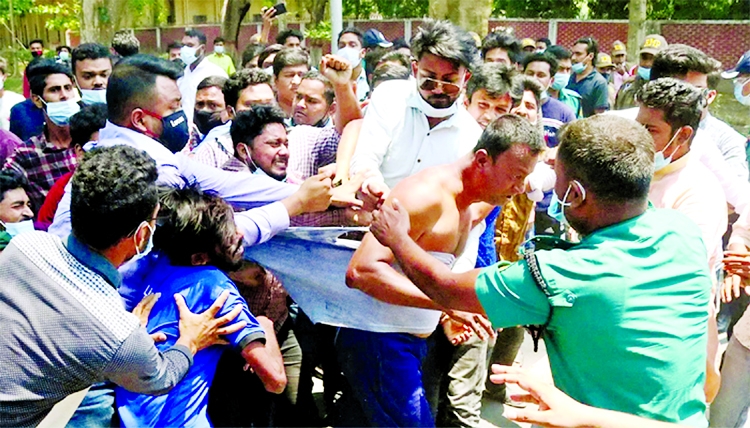 Two factions of Bangladesh Chhatra League were locked in a clash at Rajshahi University campus on Thursday.