Incomplete works for Ctg dev to be finished: Mosharraf

BSS, Chittagong :
Housing and Public Works Minister Engineer Mosharraf Hossain tonight said that the government would take all out steps to turn Chittagong into a beautiful and aesthetic city.
“The incomplete projects including construction of the tunnel under the river Karnaphuli, elevated express way from Chittagong International Airport to Shah Amanat Bridge and expansion of Chittagong-Cox’s Bazar rail line would be completed during the tenure of the present government,” the minister told a views exchange meeting with journalists at Chittagong circuit house.
Mosharraf Hossain, also presidium member of Awami League, said deep sea port in Sonadia and two special economic zones in Mirsarai and Anwara upazilas would be set up soon.
“The housing minister said new residential areas in
Chittagong would soon be developed and more aesthetic parks would also be set up in addition to development of the D C Hill Park,” the minister said.
Describing water logging as the main problem of Chittagong city, he said, the problem would be resolved soon through an integrated coordination between the Chittagong Development Authority and the Chittagong City Corporation.
State Minister for Land Saifuzzaman Chowdhury Javed said automation system would be introduced in his ministry in order to get rid off sufferings of the innocent people from the land grabbers. “The whole land ministry would be brought under a unique
system through ensuing transparency and accountability,” he said
Didarul Alam, MP, former mayor A B M Mohiuddin Chowdhury, Awami league leaders Muslemuddin and A Z M Nasiruddin, among others, attended the press conference.
Earlier, the two ministers were accorded a reception by
Chittagong city, north and south chapters of Awami League at Shah Amanat International Airport. 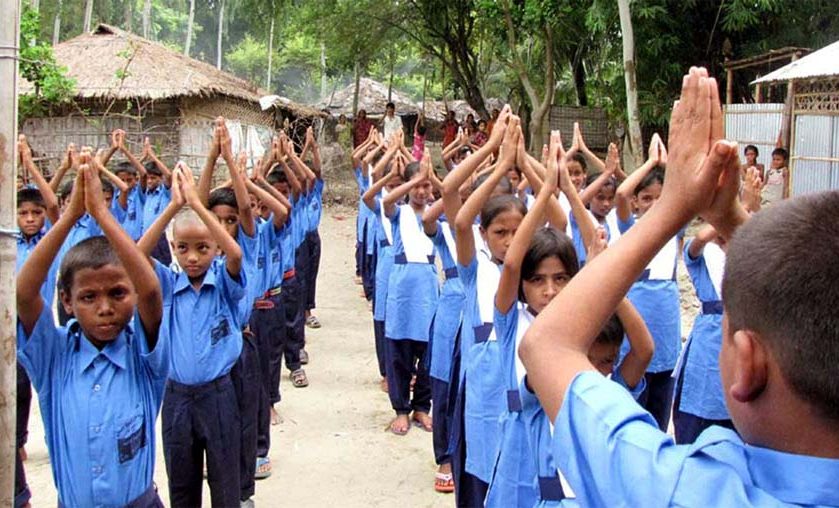 Children who were engaged in risky works are now freed and getting education . they are seen in a rally in Cox’sBazar yesterday.