Jhenidah Correspondent
After an unprecedented one sided election rejected by the opposition, Prime Minister Sheikh Hasina is about to befool the nation again by forming an all party government without an opposition in parliament.
The cabinet which is set to take oath today is reportedly taking ministers from Awami League, Jatiya Party, Workers Party, JSD and all such small groups raising questions who is going to sit in the Opposition in the House.
Meanwhile, Jatiya Party Chairman HM Ershad has taken oath as an MP yesterday coming out from CMH reportedly in an ambulance and entering the Parliament building in the backdoor. He came in silent and went back in silent showing the fishy nature of his party politics and the overall formation of the government as well.
Jatiya Party participated in the polls as an independent party claiming it will play the role of the opposition. Moreover, HM Ershad had denounced the election. Now he has not only taken the oath ignoring his past claim to boycott the election, his party is joining the cabinet leaving the opposition bench vacant without anyone to sit.
This is what is called greed for power in a demoralized double standard politics that Jatiya Party orchestrated over the past months, critics say.
But now the Prime Minister is similarly going to make the nation fool by forming the government without an opposition to the bewilderment of the observers watching the development. Because nobody wants to sit in the opposition after participating in the polls on request of the Prime Minister to show that the polls were participated by more parties.
The new government is going to create an absurd situation without an opposition. A government without opposition is unthinkable, noted lawyer and constitution specialist Dr Shahdeen Malik told the New Nation last night.
One can’t at the same time support and oppose another party in parliament, this is unprecedented in the history of democracy, he said.
An Opposition party, as defined in the parliamentary procedure means a party which opposes the ruling party. So, if there are ministers from Jatiya Party in the government, then Jatiya Party can’t oppose the government and can’t, therefore, be an opposition party. This is called ‘oxymorn’, it can’t happen in real politics.
Awami League Advisory Council member Suranjit Sengupta also said one can’t stay in the government and the opposition party together at the same time.
“If we all become crazy for becoming ministers who will remain inclined to democracy? We want a pure opposition. They (opposition) will go for constructive criticism of the government. It can’t be done that the head will be of the treasury bench and the tail will be of the opposition,” he said.
Suranjit Sengupta said this while speaking as the chief guest at a discussion in the city.
Referring to a case filed in 2006 challenging the legitimacy of becoming ministers from the opposition, Suranjit Sengupta said, “Justice Mostafa Kamal gave an observation in the case between the State versus Delwar Hossain. In his observation, he (Justice Kamal) said staying at the same time in the government and the opposition together is unethical and contradictory to democratic norms and constitution.”
The senior Awami League leader said, “The mass media is the biggest strength for protecting democracy and then comes the opposition. A democratic institution like the Jatiya Sangsad (Parliament) can’t be given an institutional shape without the opposition. Their (opposition) responsibility lies in supporting the good work and criticise the bad work of the government.” 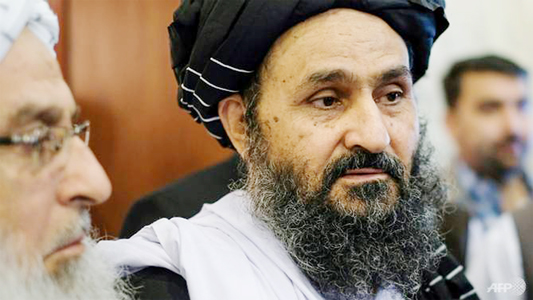 Pickets torched a bus and a truck at N`ganj area on Monday on the 13th day of blockade programme.