The reports of killings of people in mob lynching has become a matter of grave concern. During the last four years at least five hundred people were killed in mob lynching in the country, according to a human rights body report.
Meanwhile, a largely circulated Bengali daily in a recent editorial expressed grave concern over incidents of growing number of deaths in mob lynching. Usually very few persons responsible for such crimes face any trial. Such incidents of mob lynching can be seen as a reflection of people’s loss of confidence in rule of law, which indeed is a matter of grave concern.
Democracy in any country can function if there is a solid foundation of rule of law. People may tend to commit crime but if there is rule of law they would refrain from committing crimes. If those responsible behind incidents of killing can be taken to task, incident of lynching is sure to come down. The members of law enforcing agencies have to show their commitment to help establish rule of law through action against persons responsible for such crimes.
Members of the society should also come forward by extending cooperation to the members of law enforcing agencies in tracing those involved in such crimes. Sometimes even innocent people fall victims of such crimes. Such a trend is indeed a threat to the social fabric. The apparent indifferent attitude of those who are expected to take action against the criminals, is indeed a matter of concern.
As many as 167 persons were killed in mob beating in 2010 as against 145 in 2011. The number of such deaths in 2012 was 99 while during the first half of last year it was 73, the human rights body said.
It should be recalled here that the killing of six students in city’s Amin Bazar in 2011, still haunts the city dwellers.
Meanwhile, the killing of organising secretary of Dhaka city (South) unit of the Jubo League, in August last, puts to test the claim by the government of improvement in law and order. The Jubo League leader was killed in city’s posh Gulshan area in front of a shopping mall.
Only a few hours before the killing of the ruling party man a local level BNP leader was killed in city’s Hazaribagh area.
But the Dhaka Metropolitan Police (DMP) have described the killings as isolated incidents. Such statements by a section of senior officials tend to indicate that they are not willing to address the pervasive sense of insecurity across society over sustained and steep rise in crime in city and elsewhere in the country in recent years, specially since the Awami League government’s assumption of power in January 2009.
The police has so far failed to find out clues to some sensational killings including the one of journalists couple Sagar Sarwar and Meherun Runi, which rocked the nation. The murders, targeted and otherwise, cause a sense of insecurity among the people which may end up encouraging them into taking law in their own hands, which would push the society to a state of lawlessness.
Meanwhile, in a sudden rise in killings at least two dozens of persons who had political identities were slain or found dead in different parts of the country in last two weeks since January 6.
Of those slain, seven belonged to ruling AL, nine to BNP, five to Jamaat-e-Islami and three to Jatiya Party (JP), media reports said.
National Human Rights Commission (NHRC) Chairman Mizanur Rahman described the incidents as targeted murders. ” We have to pay heavily if it is not stopped now,” he said. Top police sources told the media that they were after hooligans who threaten peace and act against the interest of the people and the country. 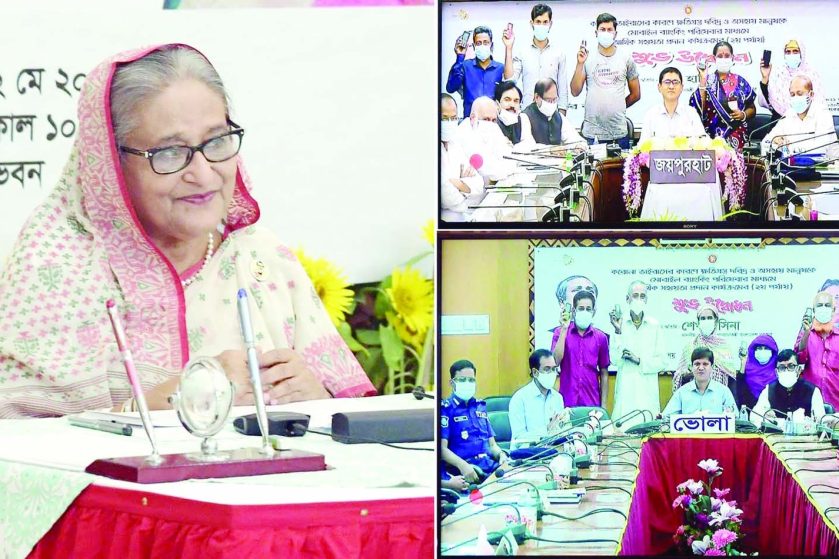 Mamun, Turjo among 3 taken on remand

A model of successful production of biogas