AFP, Paris :
Global production of steel rose by 3.5 percent in 2013 and China’s share of the total grew further to 48.5 percent, trade data showed Thursday, giving an insight into a basic input for economies and growth.
China produced 8.95 times more steel than the United States.
The global industry is showing signs of benefiting from a pick-up in demand, which had fallen heavily, highlighting in some regions concern about excessive capacity.
The World Steel Association, which covers 65 countries, said that the rate at which steel-making capacity was in operation fell in December to 74.2 percent from 75.8 percent in December 2012.
However, the average rate of use of capacity was 2.2-percent higher than in December 2012, and total output in the month rose by 6.3 percent on a 12- month comparison to 129.2 million tonnes.
In the whole of last year, average utilisation was 78.1 percent compared with 76.2 percent in 2012.
“The growth came mainly from Asia and Middle East while crude steel production in all other regions decreased in 2013 compared to 2012,” the association said.
Global output of steel totalled 1.61 billion tonnes last year, and China raised production by 7.5 percent to 779 million tonnes.
Japan, the second-biggest producer in the world, raised output of raw steel by 3.1 percent to 110.6 million tonnes.
India, the fourth-biggest producer, raised output by 5.1 percent to 81.2 million tonnes. However, production by South Korea, the sixth-biggest, fell by 4.4 percent to 66 million tonnes.
Across Asia, production rose by 6.0 percent to 1.08 billion tonnes.
In other regions, production fell in many countries.
The United States, ranking third, produced 2.0 percent less than in 2012, turning out a total of 87.0 million tonnes.
Output by Russia, fifth in the rankings, fell by 1.5 percent to 69.4 million tonnes.
Total production in the European Union fell by 1.8 percent. Output in Germany, ranking seventh, was steady at 42.6 million tonnes.
Other notable changes were: Turkey, ranking eighth, down 3.4 percent to 34.7 million tonnes; Brazil, ninth, down 1.0 percent to 34.2 mt, Ukraine, 10th, down 0.5 percent to 32.8 mt; and Italy, 11th, down 11.7 percent to 24.1 mt. 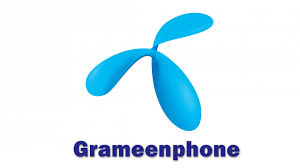 Hazards of living in mega cities